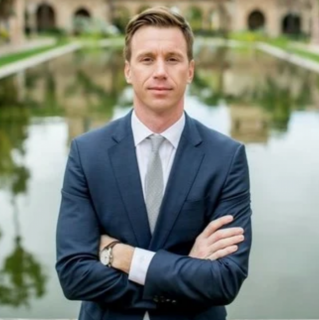 Award winning San Diego Criminal Defense & DUI Attorney Patrick Griffin was raised in a large family in a rural Montana community where he learned the value of hard work and perseverance. A true trial attorney who is dedicated to getting results in the courtroom, Mr. Griffin has done just that. He has won jury trials in every courthouse in San Diego County and has achieved hundreds of pre-trial victories for his clients.

Mr. Griffin has represented over 900 clients and successfully defended nearly every type of criminal case, from first degree murder to driving under the influence. His success is based on the attention he gives to each and every client, his tireless work ethic, and his knowledge of the San Diego court system.

Mr. Griffin’s legal experience is not just limited to advocating for clients, he also completed a federal judicial internship with the Honorable James D. Whittemore. This position allowed Mr. Griffin an inside look as to how judges decide legal issues and what judges look for in legal writing and argument. This behind the scenes experience equipped Mr. Griffin with the tools and information on how best to persuade a judge.

Mr. Griffin has earned a reputation as a fearless trial attorney who has achieved high profile victories which have saved his clients over 100 years in prison. Mr. Griffin graduated with honors from the US News & World Report’s #1 ranked trial advocacy school in the nation. Being a member of the nation’s #1 Trial Team allowed Mr. Griffin to learn from some of the country’s foremost experts on trial skills and techniques. This unmatched trial advocacy training allowed Mr. Griffin to win his first jury trial before he graduated from law school.

Mr. Griffin has been featured as a legal expert on local news programs and has received multiple awards for his courtroom advocacy and high client satisfaction.

Q. How can you be charged with conspiracy to commit a crime., bringing drugs in a facility. When you never did it
April 11, 2020
A: Based on your fact pattern it appears that they should not be charged. Conspiracy requires what is called an "overt act." An overt act is some action taken in furtherance of the conspiracy. For example, if the inmate and the person on the outside agree to smuggle drugs and then neither one does anything else, that is not conspiracy. However, if either one does anything else in furtherance (for example: send a text message to a third party asking for the same drugs that were agreed upon, etc.). You should read the jury instruction on conspiracy, it walks you trough what exactly must be proven beyond a reasonable doubt. https://www.justia.com/criminal/docs/calcrim/400/415/. The fact that the arrest took place with a Ramey warrant means that no prosecutor weighed in on this. A Ramey warrant is a issued when police officer bypasses a prosecutor and goes directly to a judge. Ultimately before the case is officially charged in the Superior Court, a District Attorney will review everything. If the District Attorney does not see an overt act the case will not be issued (charged). Even though no prosecutor looked at this, a judge did. So there may be more going on- the judge would have to be asleep at the wheel to sign off on an arrest warrant for conspiracy with no overt act. Good luck.

Q. I found out that my roommate has a hidden camera.
April 11, 2020
A: The possible criminal statutes that may apply to your situation are Penal Code 632 (eavesdropping) and Penal Code 647(j)(3) (unlawful videotaping with concealed camcorder). Pursuant to Penal Code 637.2, if you can prove a violation of these statutes you would prevail in a civil suit against your roommate. The eavesdropping statute (PC 632) is actually more serious because it can be charged as a felony or a misdemeanor (this is called a "wobbler"). The unlawful videotaping with a concealed camcorder statute (PC 647(j)(3)) is a misdemeanor charge and just like the eavesdropping statue it can be prosecuted criminally or be the basis for a civil suite. The biggest obstacle you will face in pursuing a civil or criminal case against her is that the camera was in her bedroom. She will likely argue that she was merely recording her private space. The key evidence in the case would be what exactly these videos show and if you can get a copy of any of the videos and the recorded audio. If all you have is a screenshot it may be more difficult to prevail, especially on the eavesdropping charge. You would need to prove that she actually recorded you, not just that she had the option to record you. Good luck.