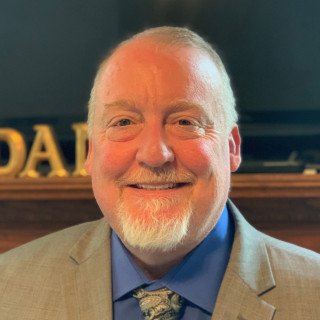 Patrick L. Adams, a native Oklahoman, grew up in Rogers County and graduated from Catoosa High School. His initial thoughts were to pursue a career in medicine and he spent his first 2 years out of high school following that dream. His life turned to other interests and in 1996 he married and became the father of 2 incredible boys. Deciding to return to school, he pursued a degree in Political Science, which he received from Oklahoma State University in May of 1999.

During his time at OSU he had the opportunity to intern under Congressman Steve Largent for a year, which sparked a real interest in politics and a passion for the law. Furthering his education in the field, he enrolled full time at The University Of Tulsa Law School following graduation. He had the opportunity to intern for the Tulsa County District Attorney’s office and other large law firms before graduating from TU with a Juris Doctorate in December of 2001. Since graduating, Patrick has focused his efforts on providing an energetic and aggressive defense designed to protect his client's rights, and preserve their freedom. He has proven to be one of the top attorneys in the field and is respected for his hard work and dedication by his colleagues in the legal arena. At home Patrick is a dedicated father to his two sons and spends time coaching their various athletic activities and providing leadership and role model qualities for the youth in his community.