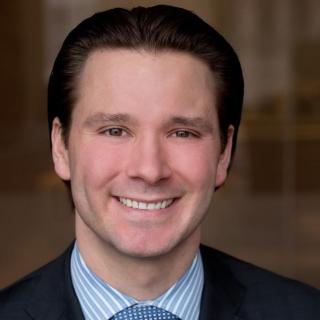 Patrick A. Salvi II joined Salvi, Schostok & Pritchard P.C. in 2007. He concentrates his legal practice on cases concerning personal injury, medical malpractice and product liability. During his first trial as lead attorney, Mr. Salvi secured a $1.28 million verdict on behalf of a teen who had her leg and knee cap broken in an accident. Mr. Salvi also achieved a record breaking jury verdict on behalf of one of his clients in excess of $33 million. The case involved a teenager who was paralyzed in a motor vehicle collision. Additionally, he has secured a $29.1 million medical malpractice verdict brought in federal court. In recognition for his outstanding legal work, Patrick was named to Law Bulletin Publishing Company’s 2011 “40 Under Forty” attorney list recognizing Illinois’s top up and coming lawyers. In 2016 he was selected to the Illinois Super Lawyers Top 100 List. He was also selected as a 2014 and 2015 "Illinois Super Lawyer" and 2012 and 2013 “Rising Star”?by Super Lawyers. In addition, Patrick was selected as a member into The National Trial Lawyers:?Top 40 under 40 organization.