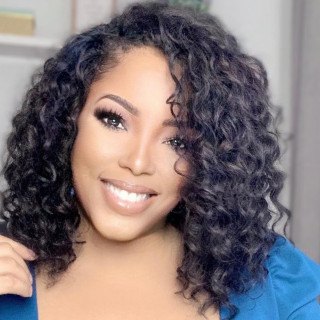 Attorney Nicole Page Theodore is the founding partner of The Theodore Firm, LLC. She is a 2004 graduate of The Florida State University in Tallahassee, Florida, having earned a Bachelor’s of Science degree in International Affairs with a concentration in Spanish. It was from there she began working as a probation officer handling adult misdemeanor offenses in Georgia’s Gwinnett and Clayton counties, followed by time spent working for the Chief Judge of the Municipal Court of Atlanta. After three years spent working in the court system, attorney Theodore followed her dream of attending law school, earning her Juris Doctor degree from Atlanta’s John Marshall Law School in 2010. She was admitted to practice law in the State of Georgia in 2011, and then admitted to practice in the United States Federal District Court for the Northern District of Georgia in 2012. While in law school she completed an externship at the Fulton County Public Defender’s Office, representing indigent clients under Georgia’s Third Year Practice Act in Fulton County Superior Court. She also served as a general member, then Treasurer, and ultimately as President of the Avarita Hanson Chapter of the Black Law Students Association at John Marshall Law School.

Born in Atlanta, Georgia into a military family, attorney Theodore has lived on both coasts of the United States, and is also fluent in Spanish. Attorney Theodore feels extremely blessed to be able to practice the profession she loves helping businesses realize their dreams. Her passion for entrepreneurship allows her to uniquely advocate for and educate business owners on how to achieve and maintain legal and regulatory compliance, to protect their assets, and to minimize liability while at the same time maximizing profitability.

Q. So my husband and I owned our own business and with some events we gave back his money he gave to us and what our compay
6 July 2020
A: Depending upon the circumstances leading up to this, you can send him (or have your lawyer send him) a cease and desist letter.

Q. I am in the process of starting a commercial cleaning business LLC. Do I need to obtain the business insurance first
11 March 2019
A: You don’t need to obtain your commercial liability insurance before you file your Articles of Organization with the state, but I would strongly recommend obtaining insurance before you begin accepting jobs/customers. I would recommend starting with filing your articles, getting an EIN, obtaining your local business license, register with Dept. of Revenue if you will have employees, and getting your commercial liability insurance as a part of that’s whole process, prior to opening the business up and accepting cleaning jobs.

Q. We purchased a business from a family member without getting an agreement in writing. What are my options?
6 March 2019
A: Even though you have been making timely payments, it will be difficult to prove that you are almost “paid off” without a signed written agreement showing what the total agreed upon price was. You may also have a Statute of Frauds issue, as Georgia requires all contracts that cannot be completed within one year to be in writing, unless you fit into one of the exceptions. It does help your case that you have a witness willing to corroborate your side of the story, but it still wouldn’t necessarily be a slam dunk if you were to sue for specific performance. In my opinion your best bet would be to hire an attorney to try to and either negotiate a settlement or be willing to initiate a lawsuit for specific performance.