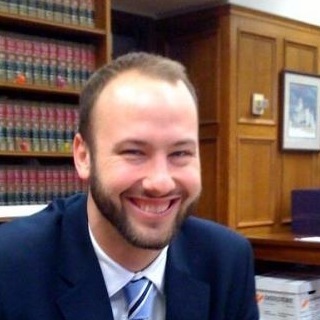 Nick Petty has been practicing personal injury litigation since 2003. He completed his undergraduate degree at the University of Wisconsin in Madison and received his juris doctor from the Marquette University Law School in Milwaukee. While at Marquette University, Mr. Petty was a member of the Public Interest Law, International Law, and Environmental Law Societies. He was also awarded the opportunity to take part in the Evan A. Evans Constitutional Law Moot Court Competition.

Mr. Petty was selected to be named on the Wisconsin Rising Stars list in 2009, 2010, 2011, 2012 and again in 2013. This list recognizes top young lawyers who are 40 years and younger or who have been in practice 10 years or less, and is determined through peer review and independent research. Only 2.5 percent of Wisconsin lawyers are named Rising Stars.

Mr. Petty is an active member in the Wisconsin and Milwaukee Bar Associations, Wisconsin Academy of Justice and is licensed for the United States District Court for the Eastern District of Wisconsin, among others. He lives with his wife and their two young sons in Milwaukee.