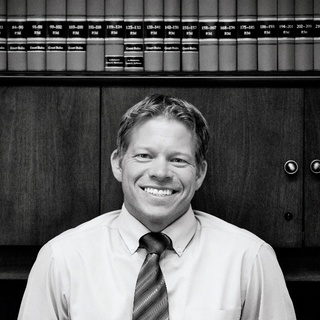 In 2004, Neal R. Stelting received his law degree from the University of Wyoming College of Law. At that time, Neal worked for a water-right consulting firm with offices in Laramie, WY, Houston, TX and Vancouver, WA. Neal became licensed to practice law in the State of Washington in 2005 and the State of Wyoming in 2006. The Stelting Law Office was originally formed in Jackson, Wyoming, but relocated to Pinedale in 2007 when Neal became the contract Public Defender for Sublette County. From 2006 to 2010, the Stelting Law Office focused on criminal litigation and a wide array of civil litigation and business law. In 2010, Mr. Stelting was elected to become the Sublette County and Prosecuting Attorney. Mr. Stelting proudly represented Sublette County for four years until he decided not to seek re-election. During that time, the Stelting Law Office was closed while Mr. Stelting fulfilled his public service duties. On January 1, 2015, the Stelting Law Office will reopen to serve the legal needs of Wyoming. We are here to provide the highest level of legal advocacy and to assist you in understanding and navigating our state and federal laws. Our mission is to help and protect you. Please contact us today if you would like to discuss your legal needs.