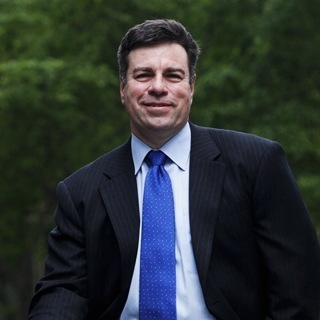 Terry Duncan attended law school at Texas Wesleyan University and is licensed to practice law in North Carolina and Texas. He began practicing law in the Charlotte area in 1996. Terry is admitted to practice in the Supreme Court of the United States, the United States 4th Circuit Court of Appeals, all federal courts in North Carolina including the Western and Middle District Bankruptcy Courts as well as civil and criminal courts.

Terry is one of the preeminent bankruptcy attorneys in Charlotte and has filed thousands of bankruptcy cases for his clients. During the last 10 years he has likely filed more bankruptcies than any other Charlotte attorney. He appears in the United States Bankruptcy Court proceedings several times each month. Many persons have found relief from creditor harassment and lawsuits with Terry's help. Terry's philosophy is to "treat someone the way you would want to be treated."

Terry is one of the few attorneys in the state that helps our elderly loved ones who have been abused or neglected in a nursing home. He aggressively files law suits against nursing home facilities that abuse and neglect nursing home patients. Terry also practices medical malpractice and workers compensation law.

Prior to becoming an attorney, Terry served as a police officer and a middle school and high school teacher in his birth state of Texas. As a police officer he was qualified as an expert in automobile and truck accident investigation. As an educator and teacher he was certified to teach Political Science, Economics, History, Geography, Psychology, Sociology, English, and Special Education.

Attorney
Duncan Law, LLP
1996 - Current
I am a bankruptcy and workers' compensation attorney at Duncan Law.

Bankruptcy Information - What is the General Timeline for a Chapter 7 Bankruptcy?

Check out this video and follow the link to see dozens of other bankruptcy videos from Duncan Law.

Learn about bankruptcy by watching any of the 50 plus videos we have!