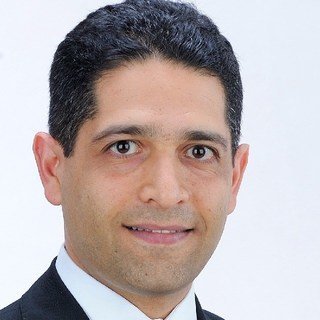 I have been licensed to practice law in the State of California since 1999. I am the managing shareholder of Century City Law Group, a Professional Corporation (Century City Law Group, APC). I studied accounting at the University of Southern California, and obtained my law degree from Loyola Law School. While attending Loyola Law School, I became a Production Editor of the Loyola Entertainment Law Review, and was also placed on the Dean's Honor List. I have received Martindale-Hubbel's distinguished "AV Preeminent" peer-review rating. I was named to Super Lawyer Magazine's Southern California Rising Stars list for 2011, and also Southern California Super Lawyer for years 2015 through 2023. I am fluent in English and Farsi, and have limited command of the Spanish language. I am active in the community, and enjoy hiking and photography in my spare time. I work passionately and aggressively in representing my clients and protecting their legal rights.

High-Hanging Fruit: Unusual and Out of the Ordinary Levies
November 19, 2013
Los Angeles County Bar Association, Remedies Section
Co-presented this MCLE program discussing enforcement of judgment through Sheriff's levy and sale, and some unusual situations where this remedy may be employed.

Entity Formation: Why You Should Not Use LLCs in Every Situation
April 2, 2015
Beverly Hills Bar Association, Business Law Section
Co-presented this MCLE program, discussing limited liability companies (LLCs) and where they may be an appropriate choice of business form.

Q. How to register real estate investment in California?
May 19, 2015
A: Disclaimer: The materials provided below are informational and should not be relied upon as legal advice. I am not clear what you are asking. Are you making your own investment, or do you intend to sell an investment in real estate to third parties? If you are making your own investment, there are no per se "registration" requirements. However, if you intend to accept investment money from third parties, you will need to comply with state and federal securities laws. I suggest you retain your own attorney to protect your legal rights.

Q. where can i find the citation for the fair employment and housing act?
May 19, 2015
A: Disclaimer: The materials provided below are informational and should not be relied upon as legal advice. You can search the Fair Employment and Housing Act at this web page http://www.dfeh.ca.gov/Publications_FEHADescr.htm. Be sure to consult your own attorney to protect your legal rights.

Q. If I'm a pending lawsuit can one file for bk
May 19, 2015
A: Disclaimer: The materials provided below are informational and should not be relied upon as legal advice. Generally, you can file for bankruptcy protection while an action is pending against you. However, there are certain claims/causes of action that are not dischargeable in bankruptcy. I suggest you retain your own attorney and discuss your matter in detail in the privacy of your attorney's office.