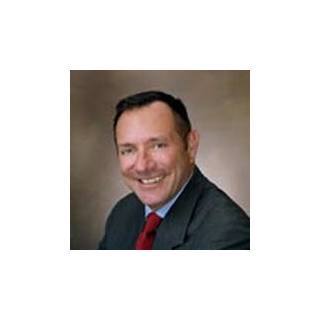 Randy L. New
Email Phone: (404) 890-7739
Randy L. New is the Managing Member of Kitchens New Cleghorn LLC in Atlanta, Georgia. A significant focus of his practice has been in the areas of Corporate and Business Issues, Employment Law, Contracts and Telecommunications. Randy is also an Adjunct Professor at Emory Law.

Randy is an Atlanta native. He received a B.A. from Emory University in 1976. After teaching high school in Atlanta for three years, he attended Emory Law School, was named as Articles Editor of the Emory Law Journal, and graduated with a J.D. with Distinction in 1982. Randy continues his relationship with Emory Law School, serving as Adjunct Professor, facilitating coursework such as “Doing Deals – Corporate Practice Workshop.” He is also on the Emory University School of Law Advisory Committee as well as serving on the Board of Visitors.

After graduation, Randy joined the firm of Lamon, Elrod & Harkleroad where he focused on tax and corporate transactions. He then worked at BellSouth Corporation, rising to the position of Vice President of Public Policy where he reported to the Vice Chairman of the company. His experience at BellSouth as both an executive and a lawyer was wide-ranging, including work in mergers and acquisitions, tax and employee benefits law, corporate law, the customer premises equipment business, government contracting, equipment leasing, and federal and state regulatory issues.

Randy New and Joyce Kitchens formed the firm of Kitchens New LLC in 2001, having been classmates at Emory Law School and life-long friends.

Mr. New and Joyce Kitchens formed the firm of Kitchens New, LLC in 2001, having been classmates at Emory Law School and life-long friends. They added Attorney Jeff Cleghorn as an equity partner in 2007.

Can You Win a Divorce? Atlanta Divorce Attorney Answers

Visit http://www.knclawfirm.com/atlanta/ for more on divorce in Georgia. Clients frequently wonder how to win a divorce - but the best divorce attorneys in Atlanta know the answer isn't simple. Listen as...

How to Win A Divorce Explained - Kitchens New Cleghorn, LLC

Visit http://www.knclawfirm.com/atlanta/ for more on getting a divorce in Georgia. A common question to divorce attorneys is how to win a divorce. Here Atlanta divorce lawyer Randy New explains what defines...

Visit http://www.knclawfirm.com/atlanta/ for more on getting a divorce in Georgia. What makes a good divorce lawyer? Georgia divorce attorney Randy New explains the importance of focusing on the client's entire case...

Visit http://www.knclawfirm.com/atlanta/ for more on getting a divorce in Georgia. The best divorce attorneys in Atlanta know that treating clients like individuals makes the difference in a good attorney/client relationship. Listen...