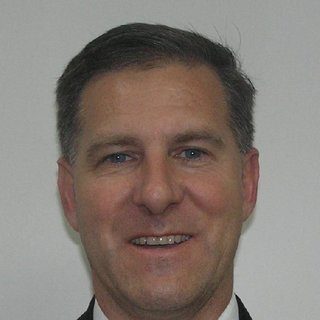 I am an accomplished military, criminal and civil trial attorney with a strong background in criminal, military, civil law, and criminal appellate work, having litigated in hundreds of jury trials in both State and Federal Courts. I have a proven ability to negotiate resolutions to complex issues. Member of the Florida Bar since 1992. I am former Assistant Felony Public Defender for Hillsborough County, where I handled all levels of criminal cases to include life felonies. I have tried over 100 criminal jury trials, involving a variety of criminal allegations, to include allegations from felony murder to armed trafficking in illegal narcotics to vehicular manslaugther, in both state, military and federal courts. I am also a Colonel, U.S. Army and serve as the Staff Judge Advocate, U.S. Army Reserve Element, United States Central Command, Mac Dill AFB, Florida. Before that, I was the Commander for the 154th Legal Support Organization, Trial Defense Service. In that capacity, I supervise and manage the activities of 162 subordinate Judge Advocate’s located throughout the Eastern United States and Europe. I am an experienced military litigator, trying 100 courts-martial and litigated over 130 appellate cases at the Army Court Criminal Appeals and U.S. Court of Appeals for the Armed Forces; represented the Department of Defense in Federal Labor Relations cases in both Federal Court and before Administrative Law Judges under both the MSPB and the EEOC. Operation Iraqi Freedom combat veteran. Member and/or license to practice before: - United States Supreme Court - Supreme Court of Florida - United States Court of Appeals for the Armed Forces - United States Court of Appeals for the Federal Circuit - United States Army Court of Criminal Appeals - United States Court of Federal Claims - United States District Court for the Middle District of Florida

United States Court of Appeals for the Armed Forces
Since 2003

Meritorious Service Medal
United States Army
2013
For Exceptionally Meritorious Service while performing duties as the Deputy and Acting Commander of the 154th Legal Service Organization-Trial Defense Service. Demonstrating exceptional judgment, strategic thinking, and complex problem solving skills, LTC(P) Leduc's ability to lead, inspire and motivate those around him served as a testament to others. LTC(P) Leduc's outstanding leadership is in keeping with the finest traditions of the United States Army and reflects great credit upon himself, the USAR Legal Command, and the United States Army

Meritorious Service Medal
United States Army
2011
For Exceptional Meritorious Service while serving as Regional Defense Counsel. During his tenure, LTC Leduc's region provided legal defense services to over 800 clients. His leadership produced the highest levels of Soldier readiness in the unit thereby resulting in being selected as the unit's Deputy Commander. His outstanding service reflects great credit upon him, the 154th LSO, the USAR Legal Command and the United States Army

CHRISTIANITY AND THE FRAMERS: The True Intent of the Establishment Clause
Liberty University School of Law Law Review
June, 2012

Cruzan v. Director, Missouri Department of Health and the Rigth to Die: Where Should the Line be Drawn
American Journal of Trial Advocacy
April, 1992