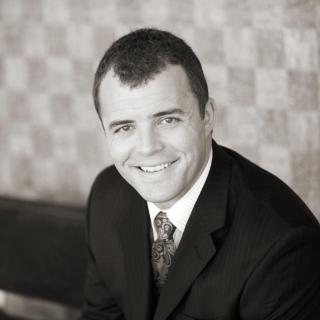 Originally from Colorado, Kevan attended the University of Colorado in Boulder, Colorado. There he double majored in Political Science and Economics with a Special International Emphasis. After his undergraduate, Kevan moved to San Francisco, California to attend the Golden Gate University School of Law. While in law school he specialized in tax law, earning a Specialization Certificate in Tax Law with distinction. Kevan also served as the Executive Articles Editor of the Golden Gate University Law Review and co-authored an article published in the thirty-eighth volume of the Golden Gate University Law Review with Jessica L. Hannah. Kevan was a teaching assistant to Professor Eric C. Christiansen, a leading scholar in the area of comparative Constitutional law, was recognized for a variety of other achievements, and graduated at the top of his class. Upon graduating from law school, Kevan moved to San Diego, California to attend the Graduate Tax Law Program at the University of San Diego School of Law. There he earned his Master of Laws in Taxation (LL.M) – the highest educational degree in tax law. Kevan has previously worked for the California State Board of Equalization Taxpayer Appeals Assistance Program. Today Kevan also serves as a volunteer attorney for the Legal Aid Society of San Diego, donating his tax litigation and controversy experience to help low-income taxpayers. In 2009, 2010, 2012, and 2013, Kevan was recognized by the San Diego Daily Transcript’s annual peer nomination program as one of only a handful of top young attorneys throughout San Diego County. The San Diego Metropolitan Magazine listed him as a top San Diego tax attorney in 2011 and 2012, and the San Diego Business Journal has listed him in its Best of the Bar award in 2014, 2015, and 2016. Kevan has also been recognized as a Super Lawyer Rising Star in 2015 and 2016.

Litigation Recoveries and Income Tax Consequences: 1099 Reporting and Withholding Requirements for Legal Aid Services and Their Clients
May, 2010

"On Certiorari to the Ninth Circuit Court of Appeals:" The Supreme Court's Review of Ninth Circuit Cases During the October 2006 Term
Golden Gate University Law Review
2008