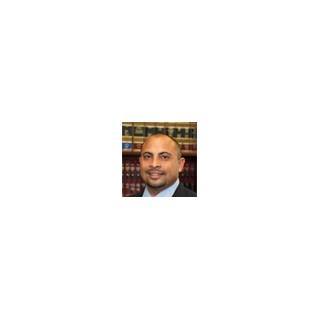 I was born and raised in Brooklyn, NY where I earned a Bachelor of Arts Degree in English and Journalism from Brooklyn College which TIME Magazine then labeled, “The Poor Man’s Harvard.” I also hold a Master of Arts in Mass Communications from California State University, Fullerton where I graduated at the top of my class.

I attended The College of Law at Arizona State University where I graduated early and with a certificate in Indian Law. I was selected the student commencement speaker for both the law school and the graduate school. I am also a former award-winning reporter and writer for The Wall Street Journal and N.Y. Newsday. I first practiced law as a felony trial prosecutor with the Maricopa County Attorney’s Office. I prosecuted and took many cases to trial as a Deputy County Attorney including armed robbery, drug sales, DUI, forgery, and aggravated assault cases.

Later, I joined with a very large private firm where I was the assistant supervising attorney in the criminal division for three years.

I have focused my practice exclusively on criminal defense. Currently, the office is handling cases including: Conspiracy to Commit First Degree Murder; Federal Homicide; Manslaughter; several DCAC cases; Transportation of Drugs for Sale; Illegal Control of an Enterprise; Money Laundering; and DUI cases.

The office also handles all facets of immigration law assigning such cases to Jor Parker, Esq. who is of counsel to Laboy Law Office.

Laboy Law Office's mission is to be assertive and aggressive in your defense while offering top customer service and your own private, personal defense team.

Laboy Law Office, a Phoenix criminal defense and immigration law firm, offers weekly video legal guides. These guides are a courtesy and not intended to establish an attorney client relationship....