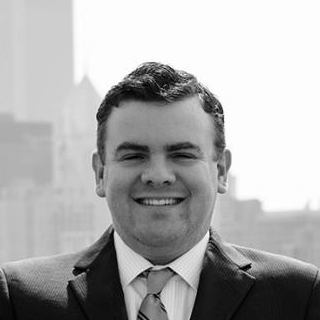 Gerald W. Napleton (Jerry) joined the firm in March of 2014 with a wide breadth of experience in several areas of the law. His focus is on personal injury matters, workers' compensation, and residential and commercial real estate transactions. Jerry has successfully argued in various jurisdictions including numerous Circuit Courts, the Illinois Appellate Court, the Illinois Workers Compensation Commission, and the Equal Opportunity Employment Commission. He has represented a variety of clients from individuals to large corporations. Jerry was born in the southwest metropolitan area of Chicago and attended Marist High School. He received a Bachelors of Arts in Philosophy and a Bachelors of Business Administration from St. Xavier University and his law degree from DePaul University College of Law. Actively involved in the Illinois State Bar Association, Jerry has been repeatedly elected to the executive board of the Young Lawyers Division Council where he currently serves as Vice-Chair. He has served on the ISBA's YLD Council since 2008. He also serves on the Marist High School Law Association and has served the Alumni Board of Directors for St. Xavier University. Jerry is also a member of the Illinois Trial Lawyers Association. During his time off, Jerry enjoys spending time with his family, watching the Chicago White Sox, and playing the bagpipes with The Shannon Rovers Irish Pipe Band. Jerry has been honored by SuperLawyers magazine as one of Illinois's "Rising Stars" for 2012, 2014 and 2015. This recognition is limited to less than 2.5% of practicing Illinois attorneys. He has also received a 10.0 "Superb" Avvo Rating.