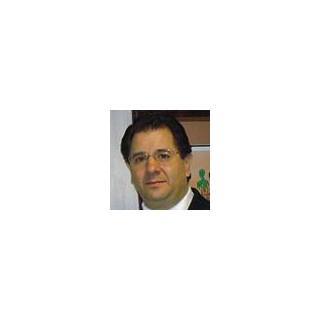 Donald C. Kudler was born and raised in Los Angeles where his father presently lives. His brother and sister live in Arizona. He later moved to San Francisco to attend law school and then to Las Vegas to start his career as a lawyer in 1993. In 2005 Mr. Kudler married Ondine Darcyl, a jazz vocalist who grew up in Argentina and moved to the USA to go to law school. The couple lives in Las Vegas with their two dogs.

Mr. Kudler graduated from Lowell High School in Whittier, California in 1978. In his senior year, he won first place in the 1978 Hughes Aircraft Business Competition Day Accounting I contest over students from high schools across Orange County, California. As a teen, Donald Kudler was active in B’nai B’rith Youth Organization ( BBYO ) and to this day maintains friendships and business relationships with men and women he met during that time. During high school and college, Donald Kudler worked for his father’s outdoor advertising company becoming involved in every aspect of the business from interaction with government agencies to apply for permits, to the manufacture, installation, sales and design of signs and the cleaning of the premises.

Donald Kudler obtained a Bachelor of Arts in Business Management in 1983 and a Masters of Business Administration in 1987, both from California State University, Fullerton. Both degrees are with an emphasis in Management Information Systems. In 1993, Mr. Kudler earned his Juris Doctorate from Hastings College of the Law where he joined Fraternity Phi Alpha Delta. During law school Mr. Kudler represented indigent clients in mediation at the San Francisco Neighborhood Legal Assistance Foundation. Right after graduation, he moved to Las Vegas, got admitted to the Nevada Bar and started his first job as a lawyer with Robert Massi working in the areas of estate planning, contracts, personal injury, and advising clients in a variety of legal areas. In 1994, Donald Kudler started to work for Albert Massi primarily as a litigator representing injured persons in personal injury cases. He was also advised in transactional law and civil litigation. In 2004, when Albert Massi retired, Donald Kudler and Allen Cap created the law firm of Cap and Kudler.

Donald Kudler writes a blog on litigation and related issues as well as things that may come to his mind from time to time. Donald's Blog is called Vegas Litigator.

For fun, Donald Kudler finds new Latin rock bands on the internet and reads fiction, about Kaballah and Argentine history. He is an amateur photographer – his photos of local courthouses are displayed on this website. With his wife, he enjoys skiing, collecting art, traveling to Buenos Aires and Punta del Este as well as exercising and playing ball with the dogs in their back yard. The couple enjoy spending time with friends and family.

University of California Hastings College of the Law
J.D. (1993)
I made appearances in three administrative hearings while I did a semester internship at the Neighborhood Justice Center in San Francisco. In addition to the required courses and the internship, I filled my yearly requirements with classes in taxation, trial advocacy and appellate advocacy.