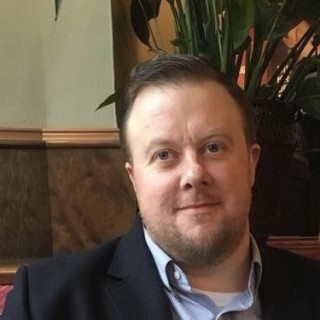 In 2019 alone, Mr. Chetson defended clients in four jury trials - two federal trials and two state murder trials - and secured victories in each trial. Mr. Chetson was the only lawyer out of more than 80 in the largest federal criminal prosecution in history to win any victory at trial, beating a "special sentencing factor" of murder.

Mr. Chetson has secured outstanding results for clients in cases ranging from murder to drug trafficking, to sex offenses. He is one of fewer than 100 Board Certified Specialists in State and Federal Criminal Law in the entire state of North Carolina.

In other recent cases, Mr. Chetson secured a rare “no contest” plea in another high-profile case involving a Mayor’s son who faced dozens of charges of child pornography; the client was sentenced to probation.

Also in 2019, Mr. Chetson won release on probation of his client originally charged with first degree murder (WRAL TV) when a Superior Court Judge granted Mr. Chetson’s request for “extraordinary mitigation,” the first time that judge handed down such a judgment in the judge’s 15 year judicial career. Another Chetson Firm client – originally facing a 10 year mandatory minimum – received a 40 month sentence in the Eastern District of North Carolina after pleading guilty to trafficking in more than 10 pounds of methamphetamine from Texas when a federal judge granted Mr. Chetson’s request for a “safety valve” reduction under 18 USC 3553(f).

And Mr. Chetson won dismissal of all charges and the release of a client accused of First Degree Kidnapping and Forcible Rape after a bond hearing in which Mr. Chetson and his investigator were able to show the Court that Raleigh police detectives had arrested an innocent person. The case has been expunged.

Whether you face a federal indictment, felony warrants in North Carolina state court, or an investigation by an employer, your university, or the police, we have experience in all aspects of criminal defense.

Criminal Justice Act Panel
Eastern District North Carolina
2020
Serve on a panel of attorneys approved by the Court to represent indigent clients charged with federal crimes from 2014 to present.

What if an encounter with the police didn't leave you with DUI conviction?

DUI's don't have to result in jail time. Find out how to defend yourself from drunk driving charges, or contact The Chetson Firm at (919) 352-9411 or info@chetson.com.

Q. What does case number 21ucs846
22 July 2020
A: 21 U.S.C. Sec. 846 the section of the United States Code (U.S.C. or federal law) that defines a drug conspiracy and the penalties associated with a drug conspiracy. It says: "Any person who attempts or conspires to commit any offense defined in this subchapter shall be subject to the same penalties as those prescribed for the offense, the commission of which was the object of the attempt or conspiracy." That is not a case number, but refers to the United States Code

Q. NC Resident : Will I go to jail for having possession of an empty grinder? Officer said it was a ticket
22 July 2020
A: Unlikely. Possession of Marijuana Paraphernalia in North Carolina is a class 3 misdemeanor which is punishable by court costs and a fine for most people. People who have very significant misdemeanor (5 or more prior convictions) criminal records are eligible for active sentences of up to 20 days in jail, but I have never seen anyone sent to jail solely for a conviction of misdemeanor possession of marijuana paraphernalia.

Q. Is my criminal history supposed to be in my motion
22 July 2020
A: You seem to be referencing your "discovery." Discovery is the material provided to you (through your lawyer) by the prosecutor's office in the state or federal system. The Motion for Discovery is the method by which the lawyer requests that discovery be provided. People often refer to their discovery as their "motion." Your criminal history should be included in your discovery, particularly in North Carolina state court which has what is called "open file discovery." In federal court, the criminal history is often provided by may not be required in all cases because criminal history is not exculpatory and federal discovery law generally requires the disclosure of evidence that is exculpatory. Sometimes the criminal history will not be the first thing that is provided. It may come in a subsequent set of documents sent by the prosecutor to your attorney. But you can often get your criminal history by talking with your lawyer about all the locations you have been arrested and having the lawyer do a background search in various states.