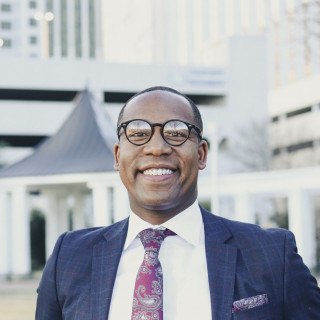 Mr. Littlejohn graduated from the University of Mary Washington with a Bachelor’s Degree in Political Science before attending law school. During his time in law school, Mr. Littlejohn received Dean’s List Honors, as well as a Pro Bono Distinction for his work with victims of Hurricane Katrina through the Mississippi Center for Justice, and his mentorship of Charlotte youth through Faith, Hope, and Love Mentoring. His community contributions led to his receipt of the John S. Leary Bar's Julius L. Chambers Scholarship for his dedication to serving the underserved. Extensive pro bono experience has given Mr. Littlejohn a passion for representing and defending the rights of those less fortunate and has internalized within him a mission to help give a voice to the voiceless.

Mr. Littlejohn developed his reputation as an unabating advocate throughout the State of North Carolina by representing large-scale businesses in real estate and contract litigation matters. He has appeared in court in nearly a quarter of North Carolina's 100 counties. When he's not practicing law, Mr. Littlejohn enjoys playing basketball, traveling, and volunteering his personal time. He has volunteered with the Mecklenburg County Parks and Recreation Commission as a basketball coach. Other than sports, he maintains relationships with local non-profits to serve in any capacity needed. Mr. Littlejohn has also partnered with civic leaders involved in building and fostering relationships with youth who need direction. Through his partnerships, he has served as a panelist for a local Charlotte high school's Career Day.