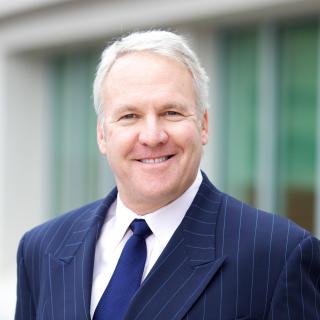 Michael S. Levine has been practicing law for almost 3 decades, following his 1985 admission to a number of state and federal bars, including the bars of New York and New Jersey; the U.S. District Court for the District of New Jersey; and the U.S. District Court for the Southern and Eastern Districts of New York. He graduated from Hobart College in 1979, where he was a Dean's List student and captain of the tennis team. Michael earned his J.D. from the Walter F. George School of Law at Mercer University in 1983. He belongs to both the New York State Bar Association and the Suffolk County Bar Association, where he serves on the Grievance Committee and Judicial Screening Committee; the American Association of Justice; and serves as President of the New York State Trial Lawyers Association (NYSTLA). Based upon a peer review, Michael has been recognized as one of New York's Preeminent Lawyers in the Martindale-Hubbell Bar Register every year since 2005. He has also, since 2010, been recognized as one of the top attorneys in the New York metro area, and as a Super Lawyer by New York Magazine. In 2013 Michael was honored as the “Man of the Year” of United Cerebral Palsy of Suffolk County, and inducted into his high school’s Athletic Hall of Fame.

Preeminent Award
Martindale-Hubbell
2017
Martindale-Hubbard AV Preeminent rating, is the highest rating given by this organization. It signifies that the lawyer has reached the heights of professional excellence.

What you Need to Know About Motorcycle Insurance
RGLZ Report
January 5, 2018

Schools are Under a Duty to Adequately Supervise the Students
RGLZ Report
August 18, 2017