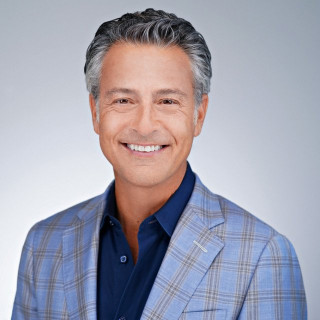 Attorney Michael J. Morse is the founder of The Mike Morse Law Firm in Southfield, Michigan. Morse focuses his practice on personal injury law, representing clients who have been injured due to car accidents, truck accidents or other catastrophes caused by negligence in the metropolitan Detroit area as well as Ann Arbor, Dearborn, Canton, Mount Clemens, Troy, Warren and Southeast Michigan. He also handles a variety of Social Security matters.

Honored for his accomplishments in the legal profession, Morse has received various awards and recognition during his years in practice. Some of these awards include being named one of America’s 50 Most Influential Trial Lawyers by The National Law Journal and The Trial Lawyer Magazine, DBiz Top Lawyer, Super Lawyer’s Top Rated Lawyer, and Lawyers Weekly Leader in the Law. In 2020, Morse was also named an Amazon #1 Best-selling Author for his book called Fireproof.

Mike has been featured in several Detroit-area publications and was given the “Spirit of Detroit” award in 2015 for his generous backpack contribution to students attending Detroit Public Schools. This initiative turned into Project Backpack that has now donated over 190,000 backpacks to students in need.

Michigan
State Bar of Michigan
Since 1992

America's 50 Most Influential Trial Lawyers
The National Law Journal and The Trial Lawyer
2022
Candidates were selected from nominations of readers of The National Trial Lawyers’ official magazine, The Trial Lawyer. Each lawyer was evaluated for his or her professional achievements, trial results, and ability to affect change in the legal community. Through these nominations and evaluations, they have identified Mike as one of 50 remarkable trial lawyers who have met the challenges of the legal profession and have achieved extraordinary success in the courtroom.

Top 100
The National Trial Lawyers
2022
The National Trial Lawyers Top 100 is an invitation-only organization composed of the premier trial lawyers from each state or region who meet stringent qualifications as civil plaintiff and/or criminal defense trial lawyers. Selection includes peer nominations combined with third-party research. Membership is extended only to the select few of the most qualified attorneys from each state who demonstrate superior qualifications of leadership, reputation, influence, stature.

#1 Best Selling Author
Amazon
2020
In the Amazon #1 Bestseller, Fireproof, Mike Morse and John Nachazel come together to share with other law firms the practices they instated to grow their own into a practice that today includes 150 employees, has served more than 25,000 clients, and has collected more than one billion dollars since its founding in 1995. And all of this, minus the chaos and frenzy.

Leader in the Law
Lawyers Weekly
2009

Board of Chiropractors
Member (appointed by Jennifer Granholm)
2006 - 2010

Are You Suffering From An Illness Or Injury That Is Preventing You From Being Able To Work?
Mike Morse Law Firm

What are the Time Limits to File a Michigan Truck Accident Claim?
Mike Morse Law Firm

How to Give a Great Opening Statement, Michigan No-Fault Institute
October 20, 2008

Blog
How Can I Tell If My Child Was Injured Due To Medical Malpractice?

Blog
What Rights Do I Have As The Victim Of Police Brutality?

Blog
What do I do if I've been injured in an accident involving an Uber or Lyft?

Blog
What Should You Do If You Or A Loved One Is Injured in a Rear-End Collision?

Jesus Moreno was just 28 years old when he was in a tragic motorcycle accident. He was struck, crushed and dragged by a bus resulting in life altering injuries. He suffered a brain injury and amputation of his hand. Evidence uncovered by personal injury firm, Mike Morse Law Firm, proved the driver had a history of distracted driving. The settlement won by attorney Mike Morse and his team was the largest personal injury settlement in Michigan in 2017. Jesus's settlement will enable him to have the best quality of life possible. Once again Jesus' life has changed – but, this time, for the better.

Q. My son was hit while being on a dirt bike yes he was on a dirt bike with no helmet the guy who hit him was turning at a
November 6, 2019
A: You clearly need the help of an experienced personal injury lawyer to make this decision. It depends on the size of the policy and how bad your sons injuries are. There are other things to consider as well.

Q. my son was involved in a accident which was the other persons fault they had no insurance and my son was driving his
November 5, 2019
A: Was your son injured? Did he live with you? How old is he? Does he have his own car? Did the insurance company know he lived with you and his age? Feel free to email me at mike@855mikewins.com if you want more information.

Q. Can a truck carrying automobiles put flaggers or cones down when parked in a truck Stop parking lot to avoid accidents?
November 5, 2019
A: I don’t see why not. Seems like a good way to avoid an accident. Who is going to complain? Would have to check local ordinances but seems like it would be a best practice to avoid someone running into the truck.