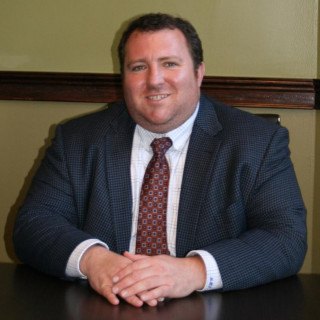 Michael H. Joseph is an injury attorney serving New York City, NY, Manhattan, and White Plains. He is also a Partner at the Law Office of Michael H. Joseph, PLLC. He has devoted his career to representing people who were hurt in accidents at construction sites and other locations.

With more than a decade of experience representing clients, Mr. Joseph is an effective advocate in the courtroom, on appeal, at arbitrations, during mediations, and in administrative hearings. Since he understands how stressful and complicated life after an unexpected accident can be, Mr. Joseph vigorously advocates on behalf of injured individuals to seek a favorable outcome for each person in every case he handles.

Prior to his legal career, Mr. Joseph received degrees with honors in Political Science and Philosophy from the State University of New York at Oneonta. In 1999, he earned his law degree from Tulane University Law School.

Mr. Joseph is admitted to practice law before the state and federal courts of both New York and New Jersey. He also belongs to the New York State Trial Lawyers Association and the Westchester County Bar Association.

Q. What happens If the defendant is nowhere to be found?
June 13, 2022
A: That isn't a great answer. These days there are investigators that can find most people. If he can't be served, he can ask the Court for an order permitting service by publication or some other means. If he was served and he disappeared, you can just move for summary judgment based upon your own affidavit.

Q. Can we sue the state for a drain cover that's slightly protruded from the ground?
January 19, 2021
A: If the drain is not flush with the surrounding sidewalk, and it is a trip hazard, you can probably sue. I would take pictures right away and measure the height differential. Also, the State of NY, may not be the proper party, many utility companies have manholes and the City of NY has alot also. So the first step would be to idenitfy whose manhole it is. If it is a City of NY manhole, your mother in law has to file a notice of claim within 90 days of the accident.l

Q. How can I buy a land For my kids..kids will be shareholder of the new company..
November 18, 2020
A: Probably, creating a family trust is the best option to suit your needs.