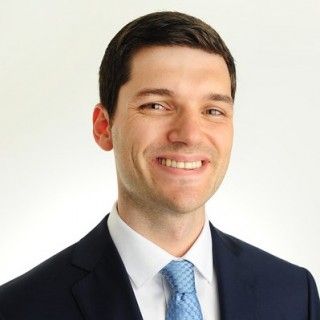 Michael Ellement represents workers and their unions in a variety of matters. He has experience advising clients on workplace conflicts and negotiating settlement agreements, including in cases involving unlawful discrimination, harassment, pay inequity, and whistleblower retaliation. He has litigated cases through trial and on appeal, and has briefed and argued cases in courts across the country.

Prior to joining James & Hoffman, Mr. Ellement was an Associate at Bernabei & Kabat, PLLC where he represented clients in employment and civil rights matters. Before that, he served as an attorney with the National Labor Relations Board in the Office of General Counsel. Directly following law school, he clerked for the Honorable Judge Ivan L.R. Lemelle of the United States District Court for the Eastern District of Louisiana, in New Orleans.

Mr. Ellement is an accomplished author and legal scholar in the areas of labor and employment law, constitutional law, election law, and civil rights litigation. His work has appeared in a number of prominent legal journals, including the Yale Law and Policy Review’s Inter Alia and the American Bar Association’s Labor and Employment Law Journal. He has been cited in journal articles, policy papers, legal briefs, and textbooks.

Mr. Ellement received his J.D. from the Catholic University of America. He was a member of the school’s Law Review, and won two national competitions as a member of the school’s Trial and Moot Court teams. He is also a graduate of Siena College, where he was awarded Siena’s two highest student honors after working to make Siena one of the first Fair Trade Colleges in the country.