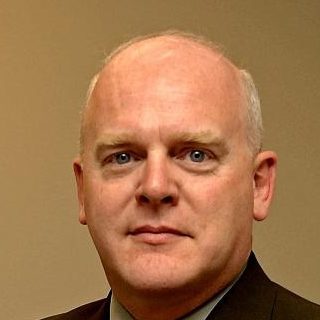 Michael Miller is a partner at Cole Miller PLLC, located in Vienna, Virginia. Providing representation to clients in the northern part of the state, in particular the area adjacent to the District of Columbia, he focuses his practice entirely on family law matters, including divorce and such related issues as property division, child custody and visitation, alimony and child support. Mr. Miller also has experience with the preparation of wills and other estate planning documents.

Mr. Miller is especially well-positioned to represent armed forces personnel who are going through a divorce after serving for seven years as a judge advocate in the U.S. Marine Corps. His duties in that position often involved acting as defense counsel at court martial trials that concerned child or spousal abuse. When managing the legal assistance office at Camp Lejeune, he oversaw many family law cases involving divorce or support. In his position as the staff judge advocate of the 26th Marine Expeditionary Unit, he continued to counsel service members grappling with family law problems. During another assignment at the Naval Justice School in Newport, Rhode Island, he trained judge advocates and paralegals on family law and estate planning subjects.

As an undergraduate, Mr. Miller attended The University of Utah and received a Bachelor of Science in accounting in 1988. He then pursued his legal education at the University of Akron School of Law and was awarded his Juris Doctor in 1991. Admitted to practice before all Virginia state courts, he has been in private practice since 1999. Mr. Miller is a member of the Domestic Relations Section of The Virginia Bar Association.

Q. My son’s mother has a child support order established in Brooklyn. She just moved to NC. I live in VA. How do we move it
3 June 2021
A: When a court issues a child support order, that court has exclusive continuing jurisdiction to modify that order so long as someone continues to live in the state. Unlike custody that follows the child, the new jurisdiction to modify support cannot be determined until someone wants to modify. Whoever wants to modify must go to the responding party's location. So, if you in VA are the first to want to modify, you go to NC. Once NC issues an order, NC has continuing exclusive jurisdiction so long as the mother lives there. If the mother in NC wants to modify, she comes to you in VA. Jurisdiction stays thereafter. The amount of support will be based on the law of the state modifying. The duration will be NY duration. I think NY has support to 21 whereas a VA is age 18. So a VA court would set the amount by VA law, but you would pay as long as you would in NY.

Q. I live in Virginia. Can the interest be waived on child support in arrears by the custodial parent? My kids are over 18
2 June 2021
A: Va. Code § 20-60.3 "14. Notice that in determination of a support obligation, the support obligation as it becomes due and unpaid creates a judgment by operation of law. The order shall also provide, pursuant to § 20-78.2, for interest on the arrearage at the judgment rate as established by § 6.2-302 unless the obligee, in a writing submitted to the court, waives the collection of interest;"

Q. If my kids live in Virginia, can their father who lives in NC take them from me during a summer visit?
12 April 2021
A: If there is no custody order, tell them "no." If they don't like it, they can file a motion in the JDR court where you live.