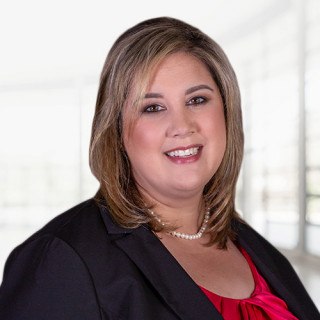 Melissa Solevilla started her career with the Carey Leisure & Neal team back in 1999, as a secretary. She realized at a young age that she was particularly passionate about helping the injured and disabled obtain justice, and decided to go to law school. She is now a partner at Carey Leisure & Neal, and focuses her entire practice on fighting for the rights of those who have been injured in car accidents, slip and falls, trip and falls, and other negligence-based torts, as well as assisting those whose loved ones have been killed in such accidents. Melissa also has a niche for the field of crematory and cemetery malpractice, wherein she fights for justice and respect of those who have been wronged by extreme negligence in these industries.

When Melissa was still a paralegal, and just twelve weeks pregnant with her first child, she was rear-ended on Interstate 275 by a teenager, who was driving 70 miles-per-hour while texting. Melissa had to fight to overcome serious spinal injuries and a difficult pregnancy due to the crash. This experience left Melissa with more resolve than ever, as she learned first-hand what it is like for those who have been permanently and seriously injured due to no fault of their own. As a consequence, Melissa is devoted to providing personalized service to each and every one of her clients. She is never more than a phone call away and works tirelessly to make each client feel like they are her only client.

As a Civil Trial Attorney, Melissa loves being in the courtroom, where juries respond exceptionally well to her witty, warm, and passionate persona. However, Melissa’s favorite part of the job is meeting a new client for the first time. She considers it a true honor to be the first one to learn each client’s story, educate them about personal injury law and what to expect during the claims or trial process, and ease their anxiety.

At Carey Leisure & Neal, we vow an unwavering commitment to obtain a fair settlement in your personal injury, wrongful death, or funeral home malpractice case. Whether you've been injured...

The world has changed quite a bit since the invention of the smart phone, and the world of personal injury law is no exception. The Carey Leisure & Neal smart...

Should I Give A Recorded Statement? - Melissa Solevilla

If you’ve been involved in an accident you may find yourself being asked to give a recorded statement by an insurance company. This is something you may want to think...

When Should I Hire A Personal Injury Attorney | Carey Leisure & Neal

Many people call our offices and ask when the best time is to hire an attorney after being involved in an auto accident. In this video Melissa Solevilla explains why...