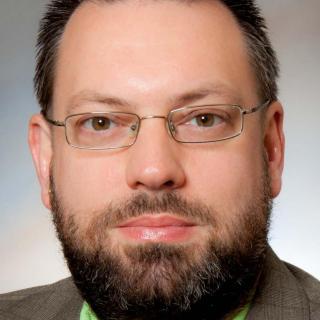 A Middletown, Ohio, native, Matthew T. Dixon is a graduate of Edgewood High School in nearby Trenton. He earned his undergraduate degree from his grandfather's alma mater, Mississippi State University, in 1996 and his doctor of jurisprudence, magna cum laude, from the Mississippi College School of Law in 2000. Prior to returning to his hometown, he was employed as the senior associate attorney at the law firm of Henley, Lotterhos & Henley, PLLC, in Jackson, Mississippi, practicing primarily in the fields of debtor/creditor law and insurance subrogation. Previously, he had assisted in criminal defense as a legal extern and intern for the Office of the Public Defender of Hinds County, Mississippi, and clerked for William D. Baxley, Attorney at Law, preparing cases for a general law practice focused on divorce, bankruptcy and criminal defense. He was honorably discharged in 1998 after five years in the United States Army Reserve, serving as a Specialist E-4/51 Tango in the 412th Engineer Command. In support of his community, he serves on the Board of Directors of the Middletown Symphony Orchestra, as a Trustee for the Middletown Historical Society, and as a volunteer for the Middletown Community Foundation, including as an interviewer on its Scholarship Selection Committee. He is an active member of the Kiwanis Club of Middletown, the Middletown YMCA, First United Methodist Church of Middletown, Preservation Restoration and Improvement of South Main (PRISM) and The Chamber of Commerce Serving Middletown, Monroe, and Trenton. He is also a member of the Ohio State Bar Association, Mississippi Bar, Mid-Miami Valley Bar Association, Butler County Bar Association, Cincinnati Bar Association and American Bar Association.