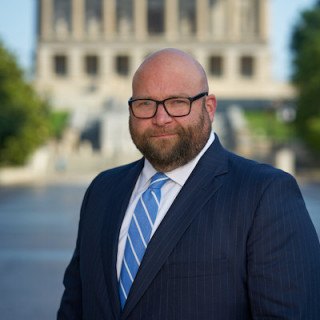 Additionally, Mr. Muenzen was previously employed by the Tennessee Department of Children’s Services for nine years. He left the Department as the Special Advisor to the Deputy Commissioner and Director of Community Partnerships in the Office of Child Safety. He previously served as Regional General Counsel and Supervising Attorney in Davidson County and as Assistant General Counsel in Wilson County and Montgomery County. While with the Department, Mr. Muenzen litigated child abuse and neglect cases, termination of parental rights cases, and child abuse registry appeal cases.

Mr. Muenzen regularly presents at conferences and to various groups, agencies, and universities on topics related to child abuse and neglect in Tennessee. He has previously worked alongside the Administrative Office of the Courts in the drafting of the Judicial Benchbook for the Interstate Compact on the Placement of Children (ICPC). In addition, he was a member of the Delinquent/Unruly Subcommittee and Dependent/Neglected Subcommittee for the Revision of the Tennessee Rules of Juvenile Procedure.

Mr. Muenzen is certified as a specialist in Tennessee for Juvenile Law - Child Welfare Law through the National Association of Counsel for Children. He has over a decade of juvenile court trial experience, is in juvenile court almost every day of the week, and knows what it takes to win a case.