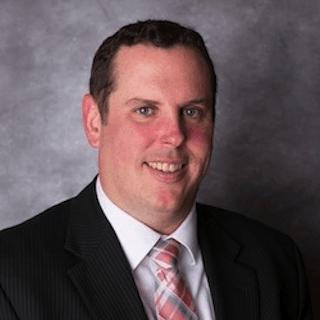 Matthew attended North Carolina State University and graduated Magna Cum Laude in 2002 with a Bachelor of Arts in History and from the University of Alabama School of Law in 2006 with a Juris Doctorate. He is a partner at Gottholm, Ralston and Benton, PLLC since the firm’s inception in 2014, and was a partner at The Law Offices of Benton & Welborn, PLLC from 2006 until 2011, and The Law Offices of Gottholm, Welborn and Benton, PLLC from 2012-2013. Matthew’s practice primarily focuses on family law, criminal law and civil litigation. Matthew is an experienced litigator, and tries several jury cases to verdict each year. He represents clients out of offices in Mooresville, Statesville and Taylorsville, North Carolina. Currently, he also serves as attorney for the town of Ronda.

Matthew is respected among his peers as an experienced and effective advocate. He has represented fellow attorneys, judges and prosecutors in Iredell and Alexander Counties in a wide variety of matters: criminal, domestic and family law, civil litigation, probate matters, ethical complaints to the North Carolina State Bar and legal malpractice. Those that work alongside and across from Matthew daily entrust their own legal needs to him when the need arises.

Professionally, Matthew has served as an officer for Judicial District 22A, encompassing Iredell and Alexander Counties. He served as Treasurer in 2012, Vice-President in 2013 and President of 22A in 2014. He also served as chairman of the Iredell County Indigent Defense Committee from 2012 to 2015.

Matthew is originally from Wilkes County, where he was raised on a tobacco and cattle farm. Matthew and his wife and son now reside in Mooresville, North Carolina.