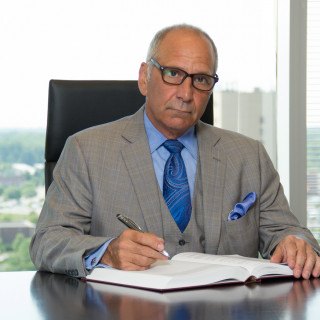 Attorney Matthew J. Mankey consistently produces positive outcomes through diligent preparation, open communication and a thorough knowledge of the law. Our team understands the nuances and key points that can turn cases around. We will use expert investigators and independent laboratories to conduct our own tests, collect our own evidence and take a number of other important steps to bolster your defense.

We push the government to prove every aspect of its case. We demand complete disclosure, and we receive the utmost respect from prosecutors and investigators because of the strong reputation we have earned over the years. When we do negotiate with prosecutors, we do so from a position of strength because they know we will go to trial if a fair agreement cannot be reached.

Mr. Mankey attended William Mitchell College of Law during which time he worked in the family law clinic and in the criminal division of the Hennepin County Attorney's Office drug prosecution team. He graduated from law school with honors in 1992. Mr. Mankey practices exclusively in the area of criminal defense. Mr. Mankey has been admitted to the Minnesota State Bar since 1992 and the Federal Bar since 1993.In addition to his private practice he served as a contract public defender in Hennepin County in 2004-05 and in Anoka County in 2012. He was chosen to serve as a conciliation court judge in 1997 and presided part-time for several years. Mr. Mankey was accepted onto the Criminal Justice Panel in 1997 and has been appointed by the federal court to dozens of federal criminal cases since that time.

American University
M.A. (1985) | International Relations/Third World Development
1981 - 1985
During his studies at American University he attended the Instituto de Instruccion de Espanol in Cuernavaca, Mexico in 1983. In 1985, Mr. Mankey completed his Master's program which included a published thesis on the Nicaraguan Revolution.