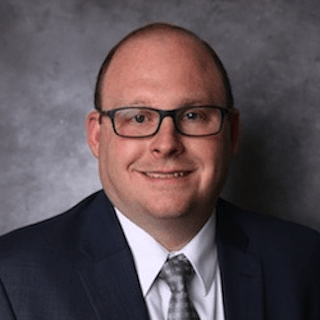 Matthew Damon Byerley was born and raised in Alexander County, graduating from Alexander Central High School in 2003. Matthew is a 2007 graduate of The University of North Carolina at Chapel Hill, with a Bachelor’s degree in Sociology. He obtained his law degree from Elon University School of Law in 2011. While at Elon Law, Matthew concentrated his studies in general practice and litigation. He became a licensed attorney in North Carolina in August 2011, and has been practicing in Alexander and the surrounding counties since that time. Matthew and his wife, Catherine, also an attorney, reside in Conover, North Carolina with their daughter, Brooke.

Matthew joined the law firm of Gottholm Ralston & Benton, PLLC, in April 2013. He practices primarily in the areas of Criminal Law, Traffic Offenses, Driving While Impaired, Divorce/Child Custody/Child Support, Wills, Power of Attorney, and Civil Litigation. Matthew is a member of the North Carolina Bar Association, and the Alexander and Iredell County Bars.

In his free time, Matthew enjoys playing golf and cheering on the Tarheels and Dallas Cowboys.