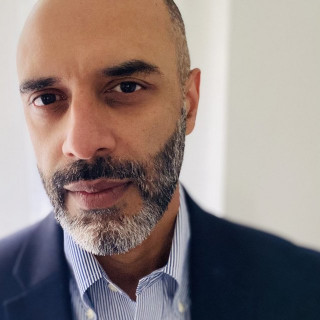 Has more than 20 years of litigation experience, has handled more than 200 cases in the federal courts of New York and more than 100 cases in New York state courts. Has serviced more than 1000 clients. Has conducted jury trials in Westchester County, New York County, Kings County, Queens County, and Nassau County. Has tried a variety of cases, ranging from civil rights to contract rights, from personal injury to property disputes, from lien law to employment law. On the plaintiff's side, has been in the Top Verdicts in New York Verdict Search. On the defendant's side, once had a jury award only $1 against the client. Has been in the New York Times, the Wall Street Journal, the Village Voice, and Forbes. Has written articles for the New York Law Journal, the New York State Bar, and several New York Law Reviews. Has won awards for writing skills, received written acknowledgements from a federal judge for trial performance ("outstanding"), and a slew of compliments from the people helped (see website). Lead attorney has three degrees, including a Masters of Law. Is also an Administrative Law Judge for a State agency. In sum, one of Westchester's most sought after lawyers. Accepting all clients.

Avoiding litigation in employment hiring, How to Find a Job in any Economy: Resources, Strategies, and Advice
January 1, 2003

Q. I need advice on pursuing a breach of contract by a modular home contractor.
May 19, 2021
A: Greetings. It appears you are unhappy with the progress of your modular home construction. In New York, disputes between modular home vendors and buyers are governed by their written agreement. The agreement will have provisions concerning performance, time, and, often, disputes, which may have to be arbitrated or mediated. Please take your agreement to a good New York attorney so that it can be reviewed and what if any next steps can be taken.

Q. Is the operation agreement of an LLC binding if no one has signed it? And can you then vote a member out if it isn't?
August 3, 2020
A: Greetings, it appears your LLC is having a member dispute. Member disputes are common in LLCs, indeed in any type of group venture. Member disputes must be resolved for the sake of the business. If the business is being driven to the ground because of the dispute however then dissolution may be the only answer. If your LLC is a NY LLC, dissolution is not an easy matter to obtain judicially. You must show that the business is truly incapable of operating to obtain a dissolution through a judge. If the business is capable of operating, then a judicial dissolution will not be possible. One may want to instead explore obtaining consent or a buy out, among other options. One should also look at the operating agreement itself, which may have provisions both to resolve disputes and concerning dissolution. Please speak with a good New York attorney for more information. Good luck.

Q. I am canceling my Oct. wedding due to COVID-19. The venue is trying to make me pay the master bill. Is this acceptable?
April 22, 2020
A: Greetings. It appears you would like to either cancel your wedding hall contract or would like to reschedule your wedding to a new date without having to pay any additional expense. Whether one is able to cancel a contract because of an arguably unforeseen event like a pandemic depends on the language of the contract, first, and second, common law equitable arguments such as impossibility and frustration of purpose. A lawyer would have to review the contract to see if any provision in it would allow cancellation. If not, then the lawyer would research and determine whether you could assert any equitable arguments if eventually sued (if that happens at all). Regarding the additional deposit, the new date is the new consideration and a wedding hall can charge such additional deposit. As an aside, it appears that the management of the hall (or their lawyers) have reviewed their situation and have strategically concluded that more people will pay the $1500 then pay lawyers ten times that amount to litigate this matter out. The leverage is on their side in other words. If you are a couple that gambles (is comfortable with risk), then of course you can take your chances and simply cancel, losing the $1500, and then see if they ultimately sue for the $13000. This is purely a personal decision; not one any attorney recommends. Please contact a good New York lawyer for a more precise answer to your particular predicament. Good luck.