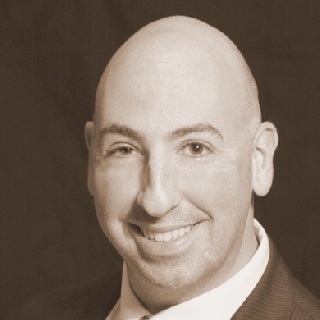 A native Rochesterian, Mark grew up in Penfield, New York. After attending Bishop Kearney High School, Mark pursued a bachelor's degree in political science at the University of Rochester. While attending the U of R, Mark competed nationally within the University Athletic Association conference for the school's indoor and outdoor Track and Field teams, where he was named the team's field captain for his leadership. In his junior year, Mark was accepted into an accelerated 3-2 program for the school's top ranked Public Policy Analysis Program. Mark's master's thesis was a well-received study on the effects of political action committee contributions on the nominations and confirmations of United States Supreme Court Justices.

Subsequent to graduating from the University of Rochester, Mark pursued a dual J.D./MBA degree at the University at Buffalo. While attending UB, he served not only as Chancellor of the University's chapter of the Internal Fraternity of Delta Sigma Pi, the nation's premier business fraternity, but as the Business Editor for the law school's Buffalo Intellectual Property Law Journal. Mark also had the privilege of being accepted as a participant in the school's Securities Clinic, a pilot program sponsored by and overseen by the United States Securities and Exchange Commission. Participation in this Clinic allowed him to represent individuals who were harmed by the wrongful acts of brokers and dealers relative to the handling of their investments.

After graduating from the University at Buffalo, Mark began an almost nine year association with a well-renowned Rochester law firm. Serving as the firm's Senior Associate, Mark honed his skills in many different practice areas. In addition to practicing transactional law, business law and estate planning, Mark gained extensive experience as a civil and commercial litigator. He handled not only complex commercial and personal injury matters, but insurance defense and indemnification suits.

In 2011, Mark opened a general law practice of his own. This practice was founded with the central goal of offering clients a personalized level of service that is often unavailable or even frowned upon in larger firms. Mark's philosophy is one of getting to truly know and understand his clients in order to best serve their individual legal needs. Conveniently located in the beautiful Village of Fairport, New York, Mark's practice serves the needs of clients throughout the Rochester, Canandaigua, Finger Lakes and surrounding region.