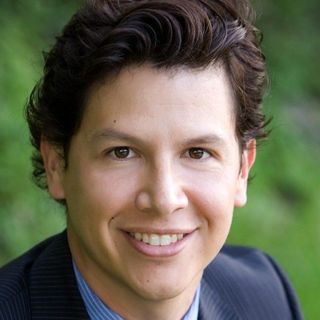 Mark Morales is a Williamson County native who began his career as an Assistant District Attorney. Due to his reputation as a criminal trial lawyer, Mark made a remarkably fast rise to become a felony prosecutor. In fact, after only six month on the job, he was already assigned to work with FBI agents and Texas Rangers on a high profile murder case. Since then, he has been the lead trial lawyer in cases ranging from murder, sexual assault, drug offenses, and assault family violence. In addition, as a prosecutor and defense attorney Mark has worked on thousands of DWI cases. Also, in order to provide the best defense for his clients, he has undergone the same training and certification that police officers have in Field Sobriety Testing. After his years as a prosecutor, in 2003, Mark started practicing criminal defense where he earned a reputation as one of the 'go-to' lawyers in the County due to his negotiation and trial ability. Since becoming a defense attorney over ten years ago, he has personally defended over three thousand people accused of Felony and Misdemeanor cases in Williamson County where he has worked closely with the judges and prosecutors. Now every person who retains our firm is able to receive the benefit of his unique experience and reputation as a criminal lawyer. Mark was named by Texas Monthly Magazine as a Super Lawyer Rising Star and one of top lawyers in Texas for two years in a row. Less than 2.5% of all lawyers in the state receive this honor and it is based on peer recognition and professional achievement. In 2014, Mark was also selected as one of the Top 100 Trial Lawyers in the United States by the Trial Lawyers Association.

Top 100 Trial Lawyers
National Trial Lawyers
2014
The National Trial Lawyers: Top 100 an invitation-only organization composed of the premier trial lawyers from each state in the nation who meet stringent qualifications as civil plaintiff and/or criminal defense trial lawyers. Selection is based on a thorough multi-phase process which includes peer nominations combined with third-party research. Membership is extended solely to the select few of the most qualified attorneys from each state who demonstrate superior qualifications of leadership, reputation, influence, stature and public profile.

Welcome to the Law office of Morales & Sparks, PC. In this video, Mark explains our mission statement and what drives us to give clients the very best.