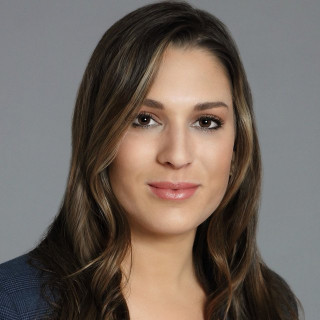 Maria Justus is an attorney with The Manely Firm, P.C. in Savannah, Georgia. Prior to working with The Manely Firm, Maria worked for many years with Former United States Attorney for the Southern District of Georgia Donnie Dixon. She served as a Criminal Justice Act Panel Attorney providing legal counsel to indigent defendants accused of crimes in the Southern District of Georgia. Maria also worked as a volunteer attorney for the Georgia Justice Project Freedom Expungement Project. Through this project, Maria quickly realized that her true passion in practicing law was helping people navigate through some of the most difficult chapters in their life. Maria grew up in Miami, Florida in a Greek-American family being the youngest of four children. She is the first attorney in her family. Maria attended college at Florida International University earning her B.S. in Criminal Justice. While in school she was proudly the recipient of the Florida Bright Futures Scholarship, also enjoying active membership to the sorority Alpha Omicron Pi. Following college, Maria attended Savannah Law School where she was a John E. Ryan Merit scholarship recipient. During her time as law student, Maria clerked for the Honorable Penny Haas Freesemann of the Chatham County Superior Court. She worked on a caseload consisting of various divisions including Major Crimes, Mental Health Court, and Veterans Court. She continued to intern in private criminal practice where she assisted in felony appellate brief writing for submission to the Supreme Court of Georgia.
Also, while at Savannah Law School, Maria was a member of the Trial Advocacy Team where she competed in national Mock Trial competitions. She was a member of the Phi Alpha Delta Law Fraternity, the Street Law Community Program where she spoke at local high schools about the law and its effect on teens, and participated in the Tiny House Project to house local veterans through the Veterans Law Society.

Georgia
State Bar of Georgia
Since 2019