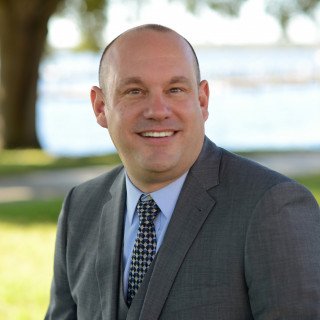 Lex was born in Lakeland, Florida. He received a Bachelor of Arts in Economics with a minor in English from the University of Florida in 1998. Lex excelled in extracurricular activities; serving as a Student Senator, Cicerone (student ambassador), Homecoming Director, Associate General Chair for Homecoming, Vice President of Beta Theta Pi, member of Florida Blue Key, and was President of Omicron Delta Kappa Leadership Honorary Society.
After graduation, Lex worked for Senator Connie Mack on the Joint Economic Committee in Washington, D.C. Following that, he moved back to Florida and worked for a large regional bank as both an Assistant Branch Manager and Sales Manager. Lex then worked as a Senior Legislative Aide to Commissioner Al Higginbotham for Hillsborough County, Florida.
In 2011, Lex graduated from the University of Florida's Levin College of Law. While in law school, Lex served as Chief Defense Counsel for the Student Honor Court and Producer for Gator Growl, the World's largest student-run pep rally.
After graduating law school, Lex worked at Lex Taylor, P.A. in Lakeland, Florida. Lex is married to Josephine Dieguez Taylor, and in 2016 they moved to her hometown of St. Augustine with their two children. Soon afterwards, Lex joined Douglas Law.
Lex is involved in the YMCA as a member of the Board of Directors and in the YMCA's Youth-in-Government program.