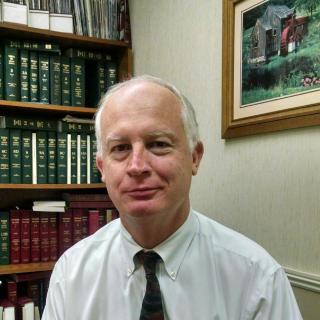 A native of Birmingham, Alabama, Mr. Grefseng attended the University of Mississippi (Ole Miss) on an athletic scholarship (football) graduating, cum laude in 1979. He was named to the "Academic All South Eastern Conference" honor roll in 1978. Upon graduation, he attended law school at the University of Mississippi graduating in the top third of his class in May of 1982. Upon graduation, he served as the law clerk for Judge Roy Noble Lee of the Mississippi Supreme Court. He was admitted to practice law in the State of Tennessee in 1984 and relocated to Columbia, Maury County and has been engaged in the private practice of law since that time. Mr. Grefseng is a member and past President of the Maury County Bar Association, and a member of the Tennessee Bar Association. Mr. Grefseng is married to Melinda Grefseng (formerly Melinda F. Bunch), and they have one child, Samuel. Mr. Grefseng has participated in a number of civic activities including the past President of the Maury County Kiwanis Club, former Elder of Zion of Presbyterian Church (PCA), and former Director and past Chairmen of the Board of Zion Christian Academy.

Q. Does Tennessee not consider how much you have to pay out to live before taking child support out? Rent, phone bill etc.
March 3, 2020
A: The short answer is "no"- as the previsous answer indicates, living expenses are considered, and that is part of the computer formula, BUT the support is a priority expense. The computer determines the amount you pay, and it is up to you to figure out how to live on what is left.

Q. Is a parent considered "current on child support" if there are arrears?
February 6, 2020
A: No, his is not current. If he was current the arrears would be "zero."

Q. If my ex and my son still live with me after the divorce is final. When do I have to start paying child support?
January 30, 2020
A: The "parenting plan " form which is part of your divorce papers has a section on child support. The form has a section where the parties choose the date- In summary, you've got to review the divorce papers and see what they say. If the section was not filled out, generally court order become effective on the date the ordier is signed by the Judge and filed with the court clerk.