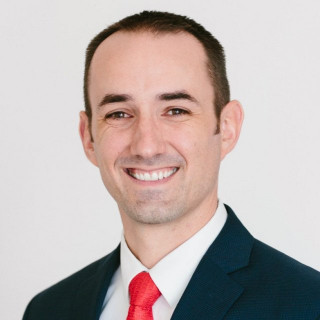 A criminal defense attorney with experience on both sides of the courtroom.
Badges
Claimed Lawyer ProfileQ&ASocial Media
Biography

Mr. Bastian is an experienced litigator who focuses his practice on trial and appellate work in criminal defense, personal injury, transportation, and healthcare law. Mr. Bastian has conducted over thirty jury trials, including aggravated murder, rape, sex crimes against children, aggravated assault, DUI and various property and drug crimes. He cares about and works hard to serve the best interests of his clients.

After graduating cum laude from the J. Reuben Clark Law School at BYU, during which he served as Chair of the Trail Advocacy Team, Mr. Bastian clerked for the Honorable Fred D. Howard in the Fourth Judicial District Court. Following his clerkship, Mr. Bastian prosecuted criminal cases as a Deputy Utah County Attorney for eight years, during several of which he served as a liaison to Utah County’s Major Crimes and Sex Crimes Task Forces. Mr. Bastian’s last three years as a prosecutor were focused almost exclusively on sexual assault and domestic violence cases, ultimately supervising the Special Victims’ Unit.

Mr. Bastian is a member of the A. Sherman Christensen Inn of Courts and was tapped as a statewide trainer of other prosecutors by the Utah Prosecution Council. He prides himself on an excellent reputation in Utah’s legal community. More importantly, he is known as the best dad in the world by four kids and two dogs.

Deputy Utah County Attorney
Utah County Attorney's Office
2011 - 2020
I prosecuted in Utah County for eight years, handling cases from traffic citations to aggravated murder. Since leaving the County, I have represented several criminal defendants in a variety of cases, and my experience on the other side has been invaluable in working with the prosecution to secure favorable outcomes for my clients.

Judicial Law Clerk
Fourth District Court, Provo
2011 - 2012
I clerked for the Honorable Fred D. Howard, during which I prepared memoranda and rulings, did legal research, and acted as bailiff for in-court proceedings.

Q. Let me ask that in a better way, do you have to have intent to to commit a crime?
June 15, 2022
A: The answer to your question is that you have to have whatever mental state is required as an element of a particular crime. Some crimes must be committed intentionally or with intent, in which case yes, they would have to prove intent. Some crimes can be committed knowingly, recklessly, with criminal negligence, and some crimes have no mental state requirement. They are referred to as strict liability offenses. Speeding, for example, requires no showing of mental state. If you're operating a car and you're speeding, it doesn't matter if you intended to speed or were negligent as to your speed. You are strictly liable for your speed, regardless of what's going on in your mind. Assuming you're talking about leaving the scene of an accident with property damage, you have some nuance there with respect to moving the vehicle out of the roadway and that kind of thing. You probably need to speak with an attorney where you can give more detail about exactly how things happened.

Q. Why would a bail/bond hearing be scheduled after someone was released from jail?
March 21, 2022
A: You're correct in that a bail/bond hearing is generally to determine bail, which includes setting, lowering, raising, and revoking it. The issue here is that your husband violated the terms of his release, so the hearing is more than likely based on a motion by the prosecution to determine whether bail should be increased or revoked altogether, in which case he could be held without bail. Most courts take no-contact orders in DV cases quite seriously, and the judge might determine it's either unsafe or puts the integrity of the case in jeopardy to allow your husband to be out on bail.