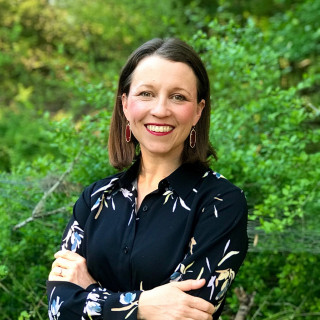 Kalani Hawks Villafranca practices U.S. immigration law because she believes everyone deserves to feel like they belong in their home and with their families. She loves helping her clients live the life they want to live, wherever they want to live, with the people who matter most to them.

Abogada Kalani has over a decade of experience as an attorney and for several years was the managing attorney for the Texas Here to Stay/Texas No Nos Vamos coalition. She helped bring free legal clinics to communities throughout Texas and provided guidance to thousands of immigrants seeking to renew their DACA status or become U.S. citizens. Before founding Hawks Villafranca Law, Abogada Kalani worked as a Senior Immigration Attorney for the Equal Justice Center in Austin, TX where she helped hundreds of people get the work permits they needed to support themselves and their families.

Abogada Kalani has been regularly featured on Univision speaking about DACA, citizenship, and other immigration topics that matter to you and your family. She is also a trusted partner for the Consulado General de México en Austin and works closely with the Consulado to provide immigration law services to the Mexican community. She is also an active member of the American Immigration Lawyers Association.

Abogada Kalani is bilingual in Spanish and English, and has lived and worked in cities across the globe including New York, Mexico City, and Madrid. She now lives in Austin with her husband, David, and their three sons.

The University of Texas School of Law
2008