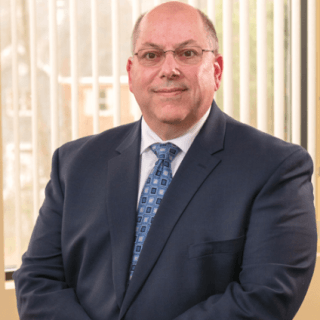 As a Partner in Tully Rinckey PLLC’s Binghamton office, Kevin focuses his practice on real estate law and trust and estate law. He represents buyers, sellers and lenders in real estate transactions, and he appears before courts for out-of-area landlords in landlord-tenant disputes. Additionally, he works with clients on matters involving wills and estates.

Prior to joining Tully Rinckey PLLC, Kevin operated his own real estate practice in Binghamton for more than 20 years. As part of his practice, Kevin is as an authorized agent for Stewart Title Insurance Company. He previously worked at several Binghamton-area law firms, which gave him experience in mortgage closings, real estate transactions and representing debtors and creditors in bankruptcy proceedings.

Kevin received his bachelor’s degree from the State University of New York at Albany and earned his juris doctorate from the State University of New York at Buffalo School of Law. He is admitted to the New York State Bar and the United States District Court for the Northern District of New York. He is a member of the Broome County Bar Association’s Real Estate Committee, as well as a past president and board member of the Legal Aid for Broome and Chenango, Inc. He has also served on several community service organization boards.