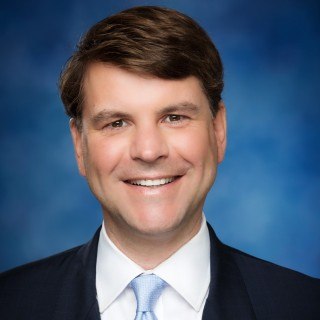 Kevin opened his own firm in Winston-Salem, North Carolina in early 2014. Prior to that, he practiced for 17 years at other firms where he handled all manner of catastrophic injury cases, business disputes and insurance defense.
Kevin currently handles all types of injury cases, including tractor trailer collisions, other motor vehicle accidents and medical malpractice cases. In addition, Kevin represents businesses that need a seasoned courtroom litigator to handle contract disputes, employment agreement disputes, shareholder disputes, and business torts, like fraud and misrepresentation.
Kevin is active in a variety of professional organizations including the North Carolina Advocates for Justice and the American Association for Justice.  He is a member of the North Carolina Bar Association and the North Carolina State Bar. Kevin is a past President of the Forsyth County Bar’s Young Lawyers’ Division. From 2009-11, Kevin was named a “Rising Star” by North Carolina’s Super Lawyers magazine. He received the distinction of “Super Lawyer” by the same publication in the area of medical malpractice litigation from 2012-2014, and in the area of general personal injury litigation from 2015 to 2017. Further, Kevin has been rated as an AV preeminent lawyer by Martindale-Hubbell, which means that his fellow lawyers rank him in the highest category for ethical standards and abilities.
Kevin has been admitted to practice in all North Carolina federal district and state courts, as well as the Fourth Circuit Court of Appeals. He is a frequent lecturer at CLEs across the state, has written numerous articles about trial practice, and is the author of a chapter in Personal Injury Practice in North Carolina, entitled “Identifying, Retaining and Training Expert Witnesses.”
Kevin is active in the community and is married to a wonderful wife who also happens to be a trial lawyer, but their greatest joy is their 2 boys.