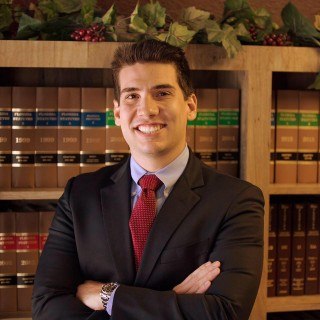 Upon completion of his undergraduate education, Kevin attended Ave Maria School of Law in Naples, Florida. There, he obtained his Juris Doctor degree and finished a full semester early. During his first year of law school, Kevin was a quarterfinalist in the Saint Thomas Moore Moot Court Competition. Kevin held a number of different law clerk positions while in law school which allowed him to gain significant exposure to a variety of practice areas and the legal system.

After passing the Florida Bar, Kevin returned home to the Tampa Bay Area and began to practice personal injury law with a boutique law firm. Currently, Kevin has joined the personal injury and civil litigation firm, Pipas Law Group. He assists clients that have been injured in car accidents, motorcycle accidents, and slip & falls, in addition to a variety of other personal injury matters. You might have also recognized Kevin from seeing his slogan: “Accident? Call Kevin.”

Kevin prides himself on giving all of his clients, no matter how large or small, the attention that they deserve. He hopes to make a positive impact on the Tampa Bay Area. Kevin currently resides in Tampa and in his spare time, enjoys golf, car shows, and fitness.