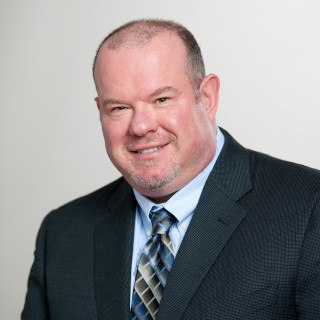 Kevin Costello was admitted to the Bar in 1991 and is a founding Member of Costello & Mains, LLC, a full-state Employment, Complex Personal Injury, School Bullying and Civil Rights trial firm in Mount Laurel. He’s one of the approximately 5% of trial lawyers Certified as a Civil Trial Attorney by the New Jersey Supreme Court. He’s currently the President-Elect of the New Jersey Association for Justice (NJAJ) and in June of 2019, will be sworn in as President. He is a member of the American Association for Justice’s (AAJ) Council of Presidents.

Kevin is a founding and past chair of NJAJ’s Employment Section, a founding and past Chair of the Camden County Bar Association’s Labor & Employment Committee, has served as a Chair for multiple state and local bar association committees, and has chaired or served as a speaker for in excess of 70 CLE events on trial work, employment, complex personal injury, school rights and civil rights. He has made numerous appearances on local and national radio and television to discuss employment and civil rights and has been published on dozens of occasions on the same subjects. He’s spoken often to organized labor organizations, civic groups, advocacy groups and professional associations on civil and employment rights.

He’s been named to the Million Dollar Advocates’ Forum as well as to the Multi-Million Dollar Advocates’ Forum, has been awarded the Roosevelt Nesmith Civil Rights Award by the Southern Burlington County NAACP, the “Champions of Equality” Award” by Garden State Equality, has been named a “Super Lawyer” in Employment Law for over eleven consecutive years, a “Top 100 Trial Lawyers” by The National Trial Lawyers’ Association and has been given a “BV Distinguished Rating in Legal Ability and Ethics Standards” and “BV Distinguished Peer Rating” by Martindale-Hubbell.