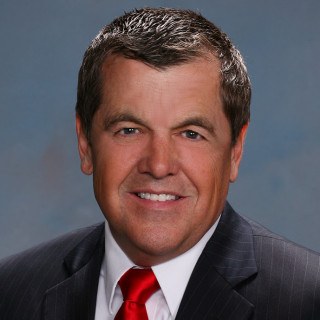 Mr. Higgins has over 36 years of experience protecting the rights of the average worker and the injured. In 1979, he graduated from Brigham Young University with a Bachelor of Arts in political science, then earned his Juris Doctor from Brigham Young University J. Reuben Clark Law School. A talented author, Mr. Higgins has published nine articles in the Advocate and regularly lectures on legal topics. He has designed a probate plan for under-served clientele.

Mr. Higgins represents the City of Inkom, the City of Bancroft and the City of Rockland. He speaks Japanese. His community service and pro bono activity includes membership chairman duties for the Rotary International and membership in the Pocatello Chubbuck Chamber of Commerce.

President of the Board of Commissioners
Idaho State Bar
2017 - 2018

The Motion in Limine; Probing the Potential of this Powerful Tool, ADVOCATE, Vol 58, No. 2, February 2015
Idaho State Bar
February, 2015

Q. I was hit by girlfriend of a salesman who was leaving the car lot .was she legal to drive a car off the lot?
May 26, 2020
A: Idaho law requires dealers to have plates on all vehicles owned and operated on any Idaho highway. As the victim of the collision you are entitled to obtain a copy of the police report. The police report will indicate the code section of the violation for which she was cited. Driving without plates will not increase or decrease the girlfriend's liability to you for damage to your vehicle or injury to you. However, if the violation was for a negligent act, e.g. failure to yield, inattentive driving, etc. how she responds to the ticket could be helpful to your situation. For example, if she does not contest the ticket or is convicted of the violation that outcome would be treated as an admission of responsibility for your injuries.

Q. My husband was recently in an accident with a brinks truck . We live in Florida , but the accident happened in Houston
April 8, 2020
A: Fortunately, you have insurance and one benefit of insurance is the assistance you receive in an incident like this. Your insurance company can deal with the insurance for the Brinks truck though inter-agency arbitration. But in the meantime, if your insurance will fairly cover your loss, you can make arrangements to move forward. Check with your adjuster to assure that their willingness to cover the loss of your vehicle does not assume any inference of liability on your husband's part, nor will it result in an increase of premiums. When your husband gets home, you should contact a local attorney if you have not been fully compensated for the value of your vehicle, or if your husband has any injuries or lost income as a result of the collision.