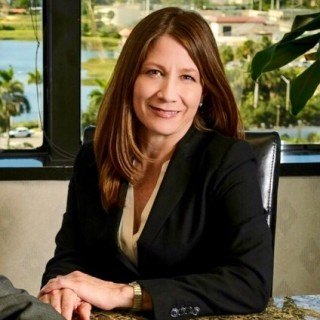 Kai Li Aloe Fouts is the owner of the law firm of Eisenberg & Fouts, P.A., located in West Palm Beach, Florida. Ms. Fouts practices exclusively in the area of criminal defense in both state and federal courts and has an AV Peer Review Rating from Martindale-Hubble. Ms. Fouts graduated from the University of Wisconsin-Madison in 1991 and graduated from Syracuse University, College of Law, in New York in 1995. After working for four years at the Office of the Public Defender, Ms. Fouts went into private practice with James L. Eisenberg, P.A. In 2003, Ms. Fouts was named partner and the firm became what is now known as Eisenberg & Fouts, P.A. She continues to practice in the areas of criminal trial and appellate work. Ms. Fouts has served the legal community on the Board of Directors of the Palm Beach Association of Criminal Defense Lawyers, and is a Past President. She has also served on the Palm Beach County Criminal Justice Commission, Craig S. Barnard, American Inn of Court LIV, and the Fifteenth Circuit Unlicensed Practice of Law Committee for The Florida Bar. Ms. Fouts was also appointed to the Federal Magistatrate Judge Merit Retention and Merit Selection Panel. She served as a Co-Chair of Palm Beach County Bar Association's Bench Bar Conference and has been honored by the Legal Aid Society of the Palm Beaches with the "And Justice for All Award."

"And Justice For All Award"
Legal Aid Society of Palm Beach County, Inc.
2013