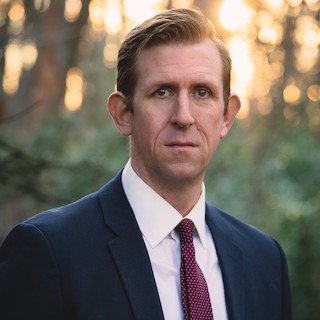 I am an attorney who is passionate about defending people and the freedoms that this country affords them. From a very young age I knew I wanted to be a lawyer and I knew I wanted to be the type of lawyer who is in a courtroom fighting for people and their constitutional protections. In law school I participated in moot courts and mock trials which validated that my goal to be a trial lawyer was the right one.
After graduating and a year of clerking with a New Jersey Superior Court Judge I took both of those passions to the New Jersey Public Defender’s Office where I represented people who have the constitutional right to an attorney but could not afford one. People who are facing some of the most difficult times in their lives, staring at serious criminal charges, but because they don’t have enough money now, they need an attorney appointed to them. My goal for these clients was simple: to provide the best legal representation possible. After many years as a public defender, although I absolutely loved my job and the clients I was fortunate enough to represent, I decided to make a change. I started my own firm where my focus is still the same, to provide the best legal representation possible.

I am also a current New Jersey National Guardsman with over 20 years of service with the U.S. Army. I was an Enlisted Servicemember for a brief time before I commissioned as an Officer and then trained and became an Army Aviator. I deployed and flew Blackhawk helicopters in support of Operation Iraqi Freedom, Operation Joint Guardian, and many state-side support missions. I am passionate about the challenges many Veterans face after they transition to the civilian side and seek to be of service to them in any way that I might be able to, whether professionally as their attorney or volunteering time and information other ways.