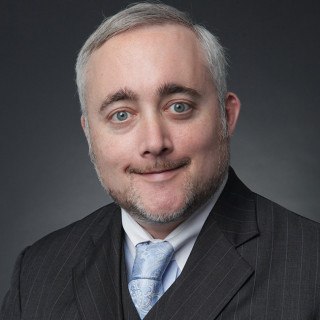 Attorney McShane is a trial attorney who specializes in using forensic science in defending citizens amongst us who have been accused of a crime by the Government. He is nationally known and well regarded for being a skilled and fierce litigator, but is also well known for his strong understanding and in-depth knowledge in all forms of forensic science. He earned the American Chemical Society-Chemistry and the Law Division (ACS-CHAL) designation as Forensic Lawyer Scientist (The first attorney in the United States to be designated as such). He has earned Board Certification both in DUI Defense Law by the National College for DUI Defense (NCDD) (the first and only Pennsylvania Lawyer to do so and also was the youngest person in the United States ever to be so certified) and as a Criminal Trial Advocate by the National Board of Trial Advocacy, a Pennsylvania Supreme Court Approved Agency.

He has also earned certification in Forensic Sobriety Assessment, the first attorney to do so in the nation. He is a Sustaining Member, and was the State Delegate National Coordinator with the NCDD. He is the 2012 NCDD Dean’s Award recipient. He received the 2012 Pennsylvania Association for Drunk Driving Defense Attorneys (PADDDA) Outstanding Achievement Award. He is a charter member of DUI Defense Lawyers Association (DUIDLA). He was the Founding Treasurer of the Board of Trustees for the DUI Defense Lawyers Association Justice Foundation (DUIDLAJF). He was named to the faculty of the Indiana University Center for Studies of Law in Action Borkenstein Drug Course in 2014 until 2019. He has been accepted as a non-retained expert witness in federal court (the Middle District of Pennsylvania) as an expert in DUI investigation and defense as well as in the Standardized Field Sobriety Tests and chemical testing.

Lawyers on the Fast Track
The Legal Intelligencer
2013

Certificate of Recognition for Services Rendered in the Supreme Court of the United States victory of Bullcoming v. New Mexico
National College for DUI Defense
2011

Abstract: The Constitutionality of the Cold Case CODIS Hit and an Offender not on Probation or Parole
The American Academy of Forensic Sciences
2014

Guilty until Proven Innocent: Best Practices for Cal-ibration of Pipettes
A Thomson-West
2014

Inside the Minds: Understanding DUI Scientific Evidence
A Thomson-West
2014

Synthetic Drug Prosecution & Defense
The Voice for the Defense
October, 2014

PBTs for Drugs: Oral Fluid Collection Devices
The Voice for the Defense
April, 2014

How does a GC-MS Machine Know that There’s a Drug in the Blood?
February, 2014

Abstract: Scientific Workshop #14: Melendez-Diaz, Bullcoming, and Williams: Scientific Evidence and the Right to Confrontation
The American Academy of Forensic Sciences
2013

The Always Get the Data! The Fukushima of Forensics: Annie Dookhan
The Tennessee Association of Criminal Defense Lawyer’s
2013

CHAL 13 Abstract: State of forensic science in America today: Is it scientific at all? Is there a path forward?
The American Chemical Society
2012

CHAL 26 Abstract: Burning the Accused at the Stake? Is arson/explosive investigations scientific or modern day witchcraft?
The American Chemical Society.
2012

Chapter 1: The Science of Search and Seizure in DUI Defense
A Thompson Reuters business
2012

Chapter 3: Applied Epistemology or Subconsciously Bending the Truth: The Human Frailties of the Mind that Manifest in Bias of the Officer at the Roadside. The Drug Recognition Expert Program Serves as a Case Study for an Epistemology-Based Defense
A Thompson Reuters business
2012

Chapter 4: Consciousness of Guilt or Reasonable Confusion: How Applied Epistemology Can Negate the Burden Shifting Game in a DUI Refusal Case
A Thompson Reuters business
2012

Chapter 5: How to write an Expert Report
A Thompson Reuters business
2012

Chapter 7: A Scientific Examination of the Validity of Evidentiary Breath Testing as Applied to DUI Prosecution in the United States Today
A Thompson Reuters business
2012

Considering Justice Alito’s Williams Plurality and What, If Anything, It Means
2012

How to Obtain Scientific Data (Discovery) Through the Court: How Does a Criminal Defense Lawyer Confront an Expert Witness
2012

Why I Don’t Stipulate to Forensic Test Results
2012

CHAL Abstract: Call for meaningful validation of the Drug Recognition “Expert” protocol in driving under the influence of drugs prosecution
The American Chemical Society
2011

Chapter 3: The Top Ten Points in Establishing a Viable and Scientifically Based GER/GERD Defense to Evidentiary Breath Testing Cases
A Thompson Reuters business
2011

Chapter 6: Headspace Gas Chromatography with Flame Ionization Detector: What It Is and How to Cross-Examine an Expert on It
A Thompson Reuters business
2011

Comprehensive Blood Discovery and the Reasons For It
James Publishing
2011

Iconoclastic Thinking: Smashing the Paradigm of Effective Cross-Examination of Opposing Party Expert Witnesses. How Being Nice, Acting Like A Curious 5-Year Old, and Using the Social Convention of the Dating Ritual to Win
2011

Am I Going to Lose My License?
CDSD Publishing
2010

CHAL Abstract: The Lack of Legal and Forensic Suitability of Enzymatic Assaying for Blood Alcohol Concentrations in Prosecutions of Alleged Drunk Drivers: Enzymatic assaying-The Indirect Measurement that is Non-specific to Ethanol that is Being Misapplied
The American Chemical Society
2010

Chapter 6: The Changing Face of DUI Practice: A Time to Think Ahead
A Thompson Reuters business
2010

Pennsylvania Vehicle Code and the ‘New’ Driving After Imbibing Law
2010

Preliminary Hearing: A Primer for the Inexperienced
CDSD Publishing
2010

Indiana University Center for Studies of Law in Action Borkenstein Course, Effects of Drugs on Human Performance and Behavior
September 1, 2018

Action Borkenstein Course on the Effects of Drugs on Human Performance and Behavior, Austin, PA
October 13, 2017
Indiana University Center for Studies of Law

Introductory and Advanced Topics in Analytical Chemistry and Metrology in DUI/DWI/DUID-How an Analytical Chemist is your Best Friend, (Harrisburg, PA)
May 30, 2010
TheMcShaneFirm
Attended and instructed at the American Chemical Society 240th National Meeting & Exposition of the American Chemical Society the Title for the Session is: “The Lack of Legal and Forensic Suitability of Enzymatic Assaying for Blood Alcohol Concentrations in Prosecutions of Alleged Drunk Drivers” and Title for the presentation is: “Enzymatic Assaying: The Indirect Measurement that is Non specific to Ethanol that is Being Misapplied from the Clinical World into the Forensic Arena” (40 hours of training and 4 hours of lecturing)

Certificate of Appreciation by the NCDD for helping to co-lead small group breakout sessions at the Summer Session held at the Harvard School of Law in Cambridge, MA
National College for DUI Defense

Blog
The Truth About Forensic Science 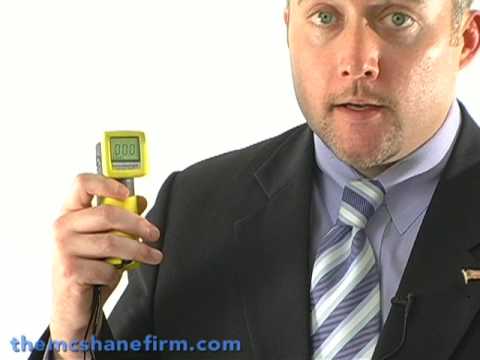 DIY is wonderful for somethings, but for a DUI case, it will always end in disaster. It's not that you aren't smart enough, its that you lack the experience learned the hard way from handling thousands upon thousands of DUI cases. The government has lawyers called District Attorneys who will fight to get the maximum punishment against you. The government has the police who are also trained in how to set up a case against you.

Do you Hate Probation?

Do you hate probation? Have you been recently convicted of a Pennsylvania DUI and want the government out of your life? No more jail? No House Arrest? No EM? No probation? Watch this video to learn how we can help with that. This is no BS. You may be eligible for our help to give you back your freedom. https://www.themcshanefirm.com/HateProbation/

The Time to Hire an Attorney is Now

COVID 19 is not going to make your criminal case go away. That is for certain. While a lot of smaller law firms are shutting down, The McShane Firm Remains open and committed to fight for you. Call us today at 1-866-McShane.

While many things in the world have stopped, The McShane Firm remains committed to working hard to defend your criminal case. Your attorney and paralegal are available to answer your questions at 1-866-McShane.

This isn't assault. This is self defense

For Pennsylvania Criminal Defense, there is only one choice.

What Equipment is used in DUI Blood Testing

How Liquid Chromatography is used for DUI and Drug Testing

Charged with a DUI? There is Hope.

Important Information for Doctors Accused of a DUI

Important Information for Drivers Accused of a DUI with Drugs

Important Information for Drivers Accused of a Second DUI

After being incarcerated for 35 years 11 months and 8 days for an arson-murder charge, James Hugney, Sr. is freed on 11.23.2015 when the modern science showed there was no...

James Hugney, Sr. speaks right after he is freed after 35+ years

After being incarcerated for 35 years 11 months and 8 days for an arson-murder charge, James Hugney, Sr. is freed on 11.23.2015 when the modern science showed there was no...

James Hugney, Sr walks out of prison a free man to his family

After 35 years 11 months and 8 days into a life without parole sentence convicted for an arson-murder that never was an arson, you can see him walk out of...

Arrested for a DUI? Here are the first 5 things to do immediately after being arrested. Learn more at TheMcShaneFirm.com

Does your attorney really understand the Gas Chromatograph and the interpretation of its data?

This is a video of US Law Shield PA Lawyer Justin McShane shooting his PWS MK1 14.5 with Pinned SF FH .223 wylde AR15 build with his Geissele Super Dynamic...

Has an Innocent Man Been in Jail for 35 Years? Learn about the James Hugney, Sr case. A 1978 fire that was ruled an arson-murder has now been re-opened in...

Has an Innocent Man Been in Jail for 35 Years?

Has an Innocent Man Been in Jail for 35 Years? Learn about the James Hugney, Sr case. A 1978 fire that was ruled an arson-murder has now been re-opened in...

What would you do if you were exonerated? James Hugney, Sr.

Hear James Hugney Sr. talks about what he would do if he was released from his 35 year wrongful incarceration. www.FreeHugney.com

James Hugney Sr. talks about the death of his son that he was wrongly convicted of over 35 years ago

Hear James Hugney Sr. talk about the death of his son that he was wrongly convicted of causing in a fire over 35 years ago. www.FreeHugney.com

James Hugney Sr. thanks people for supporting him during his wrongful incarceration

Over 35 years in Jail for a crime he didn't do. Hear James Hugney Sr. talk about his wrongful conviction. www.FreeHugney.com

In this video attorney Josh D. Lee use an FTIR machine to analyze drugs. Check out the course at www.forensicchromatography.com

In this video we see Josh D. Lee using an analytical balance to weigh the unknown. He then moves on the presumptive testing using reagents at the ACS Forensic Drug...

Justin J McShane, JD, F-AIC tests as they would in a crime lab

There will be Blood on Our Hands

Expert DUI and forensic science attorney Justin J. McShane made this video about no refusal weekends and blood draws in the United States for BAC. Learn more about: Pennsylvania DUI Laws: http://www.paduiblog.com The...

Pennsylvania DUI attorney Justin J. McShane receives a special proclamation from the TCDLA for his exceptional work in the field of DUI defense.

GC-MS: The Graphic User Interface and Its Information

Another crime laboratory in danger: US Army