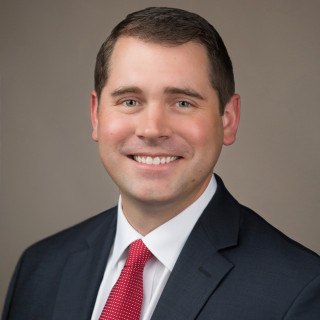 Justin focuses his practice on personal injury litigation, as well as mass tort litigation, where he specializes in helping individuals across the country who are harmed by recalled or unsafe pharmaceutical drugs and medical devices.

Prior to joining Roberts & Roberts, Justin practiced at Parsley Coffin Renner LLP in Austin, Texas, where he represented electric and natural gas utilities in complex regulatory proceedings before the Public Utility Commission of Texas and the Railroad Commission of Texas.

Justin also has experience in all three branches of Texas’s state government. Early in his career, Justin served as a briefing attorney for the Honorable Paul W. Green of the Texas Supreme Court. He subsequently served as General Counsel of the Texas House Republican Caucus during the 83rd Legislative Session, after which he enjoyed a stint as the General Counsel of the House Select Committee on Federalism & Fiscal Responsibility.

Justin also worked as an attorney in the Elections Division of the Office of the Texas Secretary of State, where he advised state, county, and municipal officials on election-related issues, as well as served as the lead attorney in advising state political parties on the primary process.

FAQ: What should I do if I'm injured by a drug or medical device? | Drug Injury Lawyers in Tyler
Legal Answers
15 Questions Answered

Q. I saw this case on this shampoo? I am shocked. I have been using this shampoo for years.. I still have some I’m using
February 7, 2022
A: There's always a possibility that you have a case. However, you will want to consider a two key questions: damages and causation. First, as to damages, many personal injury suits have damages such as medical bills, lost income, etc. Therefore, the key question is whether your injury, presuming it is caused by the product, will be enough in terms of damages to merit the cost of hiring an attorney. Second, given that thinning hair is a common condition, you will need to mindful of proving that you can tie the use of the product to your injury.

Q. What is the difference between manufacturing, design, and marketing defects? Do I have to prove all three to win my
February 19, 2019
A: The short answer is 'no.' These are each distinct theories of liability against a manufacturer.

Q. I have full coverage insurance and had an accident only involving my car,my insurance said they are not liable
February 6, 2019
A: In short, I would call a local personal injury lawyer to discuss this issue. It seems that you simply don't have anything for your insurance company to reimburse you for, given that you don't have any medical treatment or damage to your vehicle. As a more general matter, be careful to check your insurance policy to see what it covers. "Full coverage" isn't an actual insurance term. Overall, because of Texas law, most drivers purchase auto liability insurance, which pays to repair or replace the other driver's car and pays other people's medical expenses when you’re at fault in an accident. Importantly, liability insurance doesn't pay to repair or replace your car or to treat your injuries. Other types of coverages, including personal injury protection, uninsured or underinsured motorist, medical payments, collision, and comprehensive, can help you pay for these other expenses.