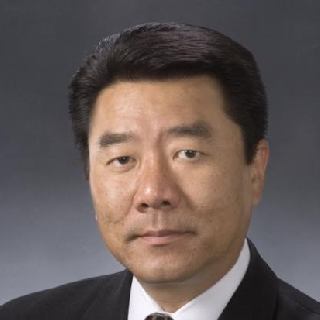 With over a decade of legal experience, Joshua Kaizuka started as a Deputy Public Defender in Yolo County, then a few years as civil rights attorney, and back to criminal defense as a private attorney. He has vigorously and successfully represented well over a thousand clients in adult and juvenile criminal defense cases from the most minor to serious strike cases from start to finish, including jury trials. His criminal defense work as a private criminal defense attorney for the past four years include a significant number of DUI cases, as well as many cases where clients are accused of minor misdemeanors to serious and violent felonies including homicides. Josh is also very experienced in cases involving mental health and/or psychological issues to mitigate charges against his clients. Josh received his bachelors in Government at Sacramento State, his J.D. from University of Pacific McGeorge School of Law with a concentration in Advocacy and awarded memberships to The Order of Barristers and The Traynor Society. In addition to being a member of the California State Bar, he is also admitted to practice in the U.S. Federal Courts for the Eastern and Northern District Courts of California. Josh is a member of the California Public Defender's Association (CPDA), California DUI Lawyers Association (CDLA), Asian/Pacific Bar Association of Sacramento (ABAS), the Sacramento County Bar Association (SCBA), and the American Civil Liberties Union (ACLU). In addition to his legal work, Josh is on the board of various non-profit organizations including ABAS and ABAS Law Foundation. He also volunteers time for the Pro Bono 1983 Panel for the U.S. Eastern District Court, judging law school competitions, guest speaking/lecturing at local colleges, mentoring law students, helping homeless organizations, and pro bono legal work involving First Amendment issues.

University of the Pacific, McGeorge School of Law
J.D. (2000) | Advocacy Concentration
2000
Honors: The Traynor Society The Order of Barristers

How Does An Ignition Interlock Device Work? - Law Office of Joshua Kaizuka

How Does an Ignition Interlock Device Work?

What happens when you are arrested for a DUI?

What Happens When You Are Arrested for a DUI?

Q. Cop uses gym computer to search for gym members information.
July 8, 2022
A: Sure sounds like there are privacy issues being violated by the gym if it is giving out membership information, especially to law enforcement without a warrant. Can't imagine any manager/owner/CEO of a gym has a policy to hand out a member's information to police. I hope the owner has consulted with a lawyer to determine what his or her liability is if their members find out that their information is being handed out just because a cop asks.

Q. Do people convicted of a first-time DUI always lose their drivers licenses automatically?
October 13, 2017
A: When someone in California is convicted of a first time DUI, assuming that the blood alcohol level is less than a .20, then it will result in a six month suspension. In alcohol DUI cases, there is also a DMV administrative suspension which can result in a four month administrative suspension independent of the court case.