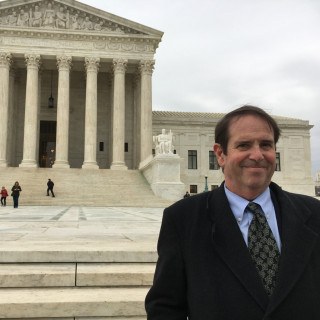 Joshua Marquis is the Director of Legal Affairs and co-chair of the National Law Enforcement Council for Animal Wellness Action, a non-profit organization dedicated to preventing cruelty to animals by promoting, enacting, and enforcing good public policies.

He was District Attorney of Clatsop County from March 1994 until December 2018, being re-elected 6 times.

He was appointed a Circuit Judge Pro Tem by the Oregon Supreme Court for a term from October 2019 through September 2022.

A graduate of the University of Oregon Honors School and UofO School of Law, Marquis spent 12 years as a Deputy DA and Chief Deputy DA in Eugene, Newport, and Bend before being appointed DA in Clatsop County, where he was active in both the National and the Oregon District Attorney's Association, as well as the International Association of Prosecutors, the Animal Legal Defense Fund, and the National Law Enforcement Council of the Humane Society of the United States.

He writes and speaks frequently on matters of criminal justice and the nature of the relationship between popular culture and the law.