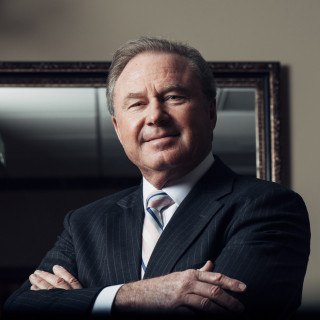 Joshua W. Deckard began his career in the criminal justice field in 1978. He is a former law enforcement officer, serving over 25-years with distinction. As a police officer, he received frequent promotions and awards for his leadership and investigative skills. His comprehensive experiences as a police trainer, major crimes investigator and as a supervisor in a variety of police divisions provide Mr. Deckard with valuable insight of police practices. Consequently, his experience and knowledge has led to “not guilty” verdicts, favorable judicial rulings, and dismissal of cases.

Mr. Deckard graduated Cum Laude from Palm Beach Atlantic University. He then studied law at Nova Southeastern University School of Law while continuing his career in law enforcement. In 2002, Mr. Deckard was admitted to practice in both the Florida Supreme Court and the U.S. Southern District Court. In March 2010, he was admitted to practice by the U.S. Supreme Court, an honor and distinction earned by only a few of his peers. With regularity Mr. Deckard collaborates with fellow criminal practitioners and together they share ideas, thoughts and case strategies. Mr. Deckard was also privileged to serve as the co-chair of the criminal section of the Martin County Bar Association for four consecutive years.