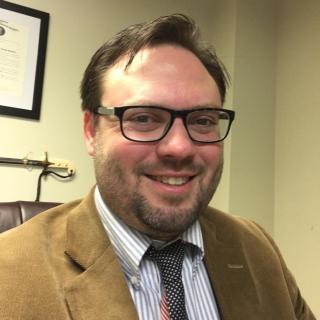 Joshua is a native of Herkimer County. After college, he served our country as a Marine Officer, achieved the rank of Captain, and served on three deployments to the Middle East. Following service in the Marines, Joshua attended the Thomas M. Cooley Law School where he graduated Magna Cum Laude and was admitted to the New York State Bar in 2015. Joshua gives 100% to everything he does. Following a recent jury trial in the Village of Herkimer [Docket No. 17050159], Joshua's client was found not guilty on all counts which was the first misdemeanor acquittal in Herkimer County in the preceding five years. If you want someone in your corner who you can trust to fight for your rights, give Joshua a call. Joshua is a member of the Herkimer County Bar Association and serves all of Herkimer, Fulton, Montgomery, Otsego, and Oneida Counties.

Q. Ohio holding for New York, 10 year warrant 3 year Statute of Limitations in New York they're not coming what do I do?
April 29, 2017
A: It sounds like he has a bench warrant. The statute of limitations was satisfied when the officer filed charges with the court. Speedy trial timelines are tolled for the time the defendant absents himself from the court proceedings. Bench warrants don't go away until the defendant appears on the warrant or the court is served with a death certificate. New York may or may not pick him on the warrant. If they don't, he will continue to risk being detained every time he has police contact until he appears. Now would be a good time to retain counsel to mitigate the damage on this one.

Q. Can a certified letter that goes through the mail room, count as the defendant was served?
April 29, 2017
A: Maybe. There's more than one way to serve someone in New York and following up with a mailed letter is a component of several different ways to execute proper service. Now would be a good time to retain counsel to answer the summons/complaint/petition before you end up with a default judgment. Defective service is something an attorney can raise in the answer, but more facts are needed to determine if that's a possibility.

Q. If my wife and myself have durable Power of Attorney for each other does the 5 year look back period apply.
April 29, 2017
A: There's more than one way to own property. Self-settled trusts are subject to the 5 year lookback period. You should retain counsel to come up with a better plan than what you have right now.