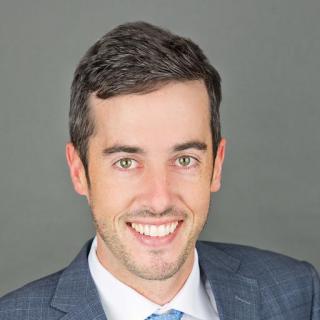 Joey Caputo graduated from St. Mary’s University School of Law in San Antonio, Texas. In both his second and third years of law school, Joey had the honor and privilege of representing St. Mary’s as an advocate for their EAP National Mock Trial team. As an advocate, he represented St. Mary’s by competing in national competitions that included the American Association for Justice Student Trial Advocacy Competition and the National Trial Advocacy Competition.

Additionally, during his time at St. Mary’s, Joey won the prestigious Renna & Jeff Embry Mock Trial Competition, was a semi-finalist in the Larry G. Hyden Mock Trial Competition, and was twice a semi-finalist in the St. Mary’s Spring Moot Court competition. While in law school, Joey was a member of the Dean’s List, and also dedicated his time as a member of the Board of Advocates in order to promote advocacy school-wide.

Prior to law school, Joey graduated from Trinity University with a double-major in Business and Communication. While at Trinity, he held several leadership positions for his fraternity and led their many charitable efforts in order to assist underprivileged groups in the San Antonio area.

Before joining Zinda & Davis, Joey clerked for their firm after his first and second years of law school. Joey is a passionate advocate who enjoys open and honest communication with clients he represents while aggressively seeking the best possible result. In his spare time, he enjoys sports, exercising, and spending time with family and friends.