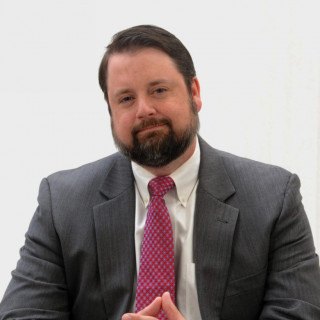 Jonathan J. Smith joined the Law Offices of Morrison & Hughes after several years of working as an insurance defense attorney. Using the knowledge he obtained in defending employers and insurance companies, Jonathan has dedicated his practice for the last several years to assisting injured and aggrieved people in recovering all benefits to which they are entitled under Georgia Law.

Jonathan attended Dickinson College, where he received his undergraduate degree in History in 2000. Later, he was awarded his J.D. from Georgia State University, where he was Vice President of the Moot Court Board, and received an award for Best Overall Competitor in the 2008 Moot Court Competition in addition to other awards and certifications. In addition, Jonathan was also a member of several student groups at Georgia State School of Law, participated in the Georgia State Low Income Taxpayer’s Clinic and worked to become a certified mediator.

In his spare time, Jonathan has served as a supplemental Board Member for the Georgia Lawyer’s for the Homeless. When not working, Jonathan enjoys golf, playing tennis, and cheering for the Atlanta Falcons, Braves, United, Hawks or pretty much every Georgia based sports team. Jonathan and his wife, live in Brookhaven with their children and a small menagerie of pets.